On cost-cutting in Government, PM Skerrit must become the Man in the Mirror 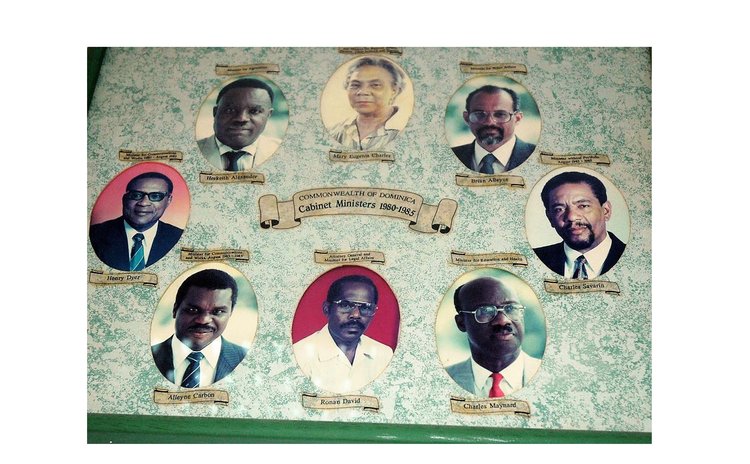 Last week on Prime Minister Roosevelt Skerrit "Annou Palè" radio programme, Denise Edwards, the acting Financial Secretary in the Ministry of Finance, a guest on the programme that Mr. Skerrit hosts, said she was currently looking at ways to cut government recurrent expenditure and reduce waste.

That's the way to go, Ms. Edwards. Everyone knows that this is extremely late but we all know that it's always better to be late than not-at-all.

But this good lady will know that the most effective way to sell the idea of cost-cutting to the rest of the civil service is to start at the very top- in the Prime Minister's cabinet. So we challenge her to tell that to her boss. But this is not the first time that the government has talked about cost-cutting and improving production and then nothing happens.

For example, in his budget address for the 2010 – 2011 fiscal year, that's a decade ago, Prime Minister Roosevelt Skerrit told Dominicans that his government would be making concerted efforts to raise production because "Dominica's response to its development challenges will hinge critically on our capacities for increased productivity at all levels of society".

Great idea, Sir! But can you tell us what happened to these good intentions? It seems to us that the prime minister and/or his speech writers say anything that sounds good at the moment but the administration seem to have little or no intention of getting it done. Talk is cheap, indeed! And what's more- no one dares holding Mr. Skerrit to his word.

Later on in that speech, Prime Minister Skerrit revealed that his government would signal its seriousness about the need to influence a change of Dominicans' attitude to work by establishing a "Productivity Council of Dominica." But a decade after he made that promise we have heard nothing more about the formation of that council. In fact, productivity in Dominica has decreased significantly, especially after Hurricane Maria in 2017 and now the COVID-19 pandemic in 2020.

Nevertheless, in 2021 we will keep looking forward to the inauguration of the productivity council. So, we will propose that the council's mandate should include an overview of the size and function of Mr. Skerrit's cabinet.

If we are serious about boosting productivity, and cutting cost in Government, let us start at the top of the administration and not at the bottom, where messengers and junior clerks are frequently accused of the abuse of vehicles and other resources.

As usual, we expect that Prime Minister Skerrit will disregard any suggestion that his cabinet is too large. But few people will take government's call for an improvement in productivity in the public and private sectors seriously if the prime minister does not lead by example by reducing the cost of operating the cabinet.

At the moment the country is functioning with 20 ministers and junior ministers. To clarify our point, we list them below:

2.Senior Minister and Minister of Housing and Urban Development-Reginald Austrie;

12.Minister of Public Works and The Digital Economy-Sen. Cassani Laville;

15.Minister of State in the Office of the Prime Minister, with responsibility for Telecommunications and Broadcasting-Sen. Oscar George;

16.Minister of State in the Ministry of Finance, Economic Affairs and Planning-Sen. Gregory 'Karessah' Riviere;

18.Parliamentary Secretary in the Ministry of Tourism, International Transport, and Maritime Initiatives, with special responsibility for Air and Sea Port Operations-Chekira Lockhart-Hypolite;

19.Parliamentary Secretary in the Ministry of Health, Wellness and New Health Investment, with particular responsibility for Community and Home Care-Kent Edwards and

Because of this extremely bloated cabinet, all tax payers in Dominica, supporters and non-supporters alike, need to ask Mr. Skerrit the following questions: What are the functions of these ministers, parliamentary secretaries and advisers? How many of these positions are absolutely necessary? And how much would Dominica save if he reduced the cabinet to about ten of the best candidates who contested the election and won? Wouldn't have a more effective and efficient cabinet if he trimmed it by fifty percent?

In the eighties Dame Eugenia of the Dominica Freedom Party Administration had a cabinet of just six. Now Dominica, with the weakest economy in the OECS, has the largest cabinet in the sub-grouping. St. Lucia has a cabinet of 14; St. Vincent and the Grenadines, 12; Antigua and Barbuda 14; Grenada, 16.

And most importantly, can the nation, at this specific period in our history afford the luxury of 20 ministries when every productive sector is, for various reasons, currently underperforming?

Our point is: Mr. Skerrit must start cost-cutting at the level of cabinet.

To illustrate that point let's quote the late pop star Michael Jackson in the song, "Man in the Mirror":

"I'm starting with the man in the mirror

I'm asking him to change his ways

And no message could have been any clearer

If you want to make the world (Dominica?) a better place

Take a look at yourself, and then make a change".