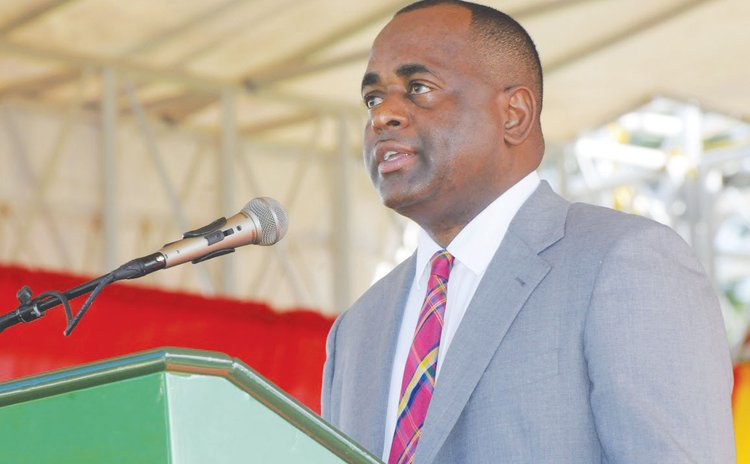 Prime Minister Roosevelt Skerrit will deliver his 2020 Independence address live from the conference room of the State House, informed sources tell the Sun.

Forced by the COVID-19 pandemic to forgo the usual site for the annual Parade of Uniformed Groups and Awards Ceremony, the Windsor Park Sports Stadium, the Government is to restrict attendees to about 100 persons who are invited to the function at the State House.

These will include persons who will collect national awards, such as Gregory Rabess, who will receive a Meritorious Service Award for his contribution to the culture of Dominica. The awardees, one member of their family and their chaperones as well as dignitaries will attend the event which is expected to be carried live on the internet.

Earlier the Sun reported that COVID-19 had severely curtailed celebrations of the island's 42nd anniversary of independence.

"Due to the COVID-19 pandemic Prime Minister Roosevelt Skerrit is to deliver annual independence address virtually," the paper announced.

It added that: "There will be no Schools' Parade, no Military Parade, no Sashing of a Cultural Elder, no usual Cultural Gala, no National Parade, no Heritage Day, no Sports Finals, no festivals".

On November 3rd 2020 Dominica will be celebrating its 42nd anniversary of political independence and many of the activities normally associated with that month-long celebration had been shelved because of COVID-19. The official opening of independence was held on October 10, 2020 but virtually.

The theme this year is: "Embracing New Opportunities".

Chief Cultural Officer Raymond Lawrence said the theme is meant to be "forward looking and dynamic" and at the same time assessing the present and taking the opportunities while pressing on as a nation.

"We will have 'Market Day with a Difference', but we will be having no Wob Dwiyet, no schools' parade and no military parade. The Prime Minister will give his Independence Day address on the morning of November 3, 2020 and also those receiving awards will be done virtually," Lawrence said.

Lawrence said that despite the shortened programme, he expects everyone to take part and he is urging the media to use every available opportunity to highlight the events.