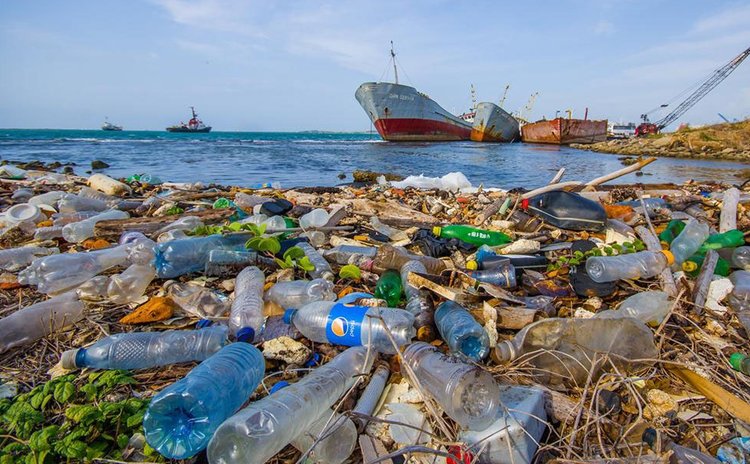 Plastics in the environment

First time visitors to Dominica, even after the devastation of Hurricane Maria, gush about the lush greenness of the island. That is not unusual.

In a travel book written in the 1940s, Alec Waugh, older brother of Evelyn Waugh, the famous author, described Dominica's lushness thus: "I had not believed that there could be so many shades of green, that a single colour could contain so many varieties of tone and texture."

Eight decades after Waugh wrote these words the variety of tone and texture of our fauna is still evident.

But it is still surprising that few Dominicans are as passionate about their island's environment as foreigners. Some say it's more of a curse than a blessing. That is probably one of the reasons why we ignore World Environment Day (WED) that is commemorated all over the world on 5th June.

But that is rather contradictory because our Coat of Arms proudly declares: "Apres Bondie C'est La Ter', (After God the Earth) to remind us of the importance of the soil and the environment to the future prosperity of Dominica.

Isle of beauty, isle of splendour

Isle to all so sweet and fair

All must surely gaze in wonder

At thy gifts so rich and rare

All these gifts we do extol

Giving cheer that warms the soul"

In fact many environmentalists are puzzled by the Government of Dominica's as well as civil society's nonchalant attitude towards World Environment Day (observed the world over on 5 June), World Rivers Day (observed on 25 September) and World Water Day (22 March).

In past editorials we have suggested that the Ministry of Tourism should make WED, for example, one of its most important calendar events simply because more that ninety percent of our tourisms sites depend on the state of our rivers and our fauna. Undoubtedly, the Ministry of Tourism must have noticed that many of these water sources, that is our tourism product, are dead or near death. Many environmentalists have predicted that unless the trend is reversed urgently Dominica will have few water-based tourism sites in a couple of decades.

But of all the notable days that we mentioned earlier, WED has special significance for Dominica. Even if one argues that WED is a global "feel good gimmick" that we do not need to be part of, billions around the world believe the event can be an opportunity to ensure that the next generation do not repeat the same mistakes as their parents. WED, therefore, provides a moment of reflection to acknowledge our collective missteps.

The theme for WED 2018, "Beat Plastic Pollution", is very relevant to Dominica after the battering of Hurricane Maria on 18 September 2017. We do not have the statistics but within weeks after the storm Dominica's environment was inundated by millions of plastic bottles that ended up in our rivers, streams and oceans. Nine months after, this plastic pollution has not stopped.

With this year's theme (Beat Plastic Pollution) we would have hoped that Dominica would join the rest of the world to fight the scourge of single use plastic.

"Beat Plastic Pollution" urges governments, industry, communities, and individuals to come together and to explore sustainable alternatives and urgently reduce the production and excessive use of single-use plastic. These products are polluting our oceans, damaging marine life and threatening human health.

World Environment Day is a United Nations Environment-led global event; it is the single largest celebration of our environment each year and is celebrated by thousands of communities worldwide.

WED is a day of everyone around the world to take ownership of their environment and to actively engage in the protection of our earth.

Here are some plastic pollution facts provided by the UN: Every year the world uses up to 5 trillion plastic bags; each year, at least 13 million tonnes of plastic end up in the oceans, the equivalent of a full garbage truck every minute; in the last decade, we produced more plastic than in the whole last century; 50 percent of the plastic we use is single-use or disposable; we buy 1 million plastic bottles every minute; plastic makes up 10% of all of the waste we generate.

With the beginning of the 2018 hurricane season that we observed just a few days ago and bearing in mind the threat of another Maria-type event, we believe Dominicans would be well advised to consider taking the message of WED much more seriously. Let us limit the use of single use plastics.

After all we say we want to be the first climate resilient nation in the world.