One shot after Cleveland Cavaliers parade 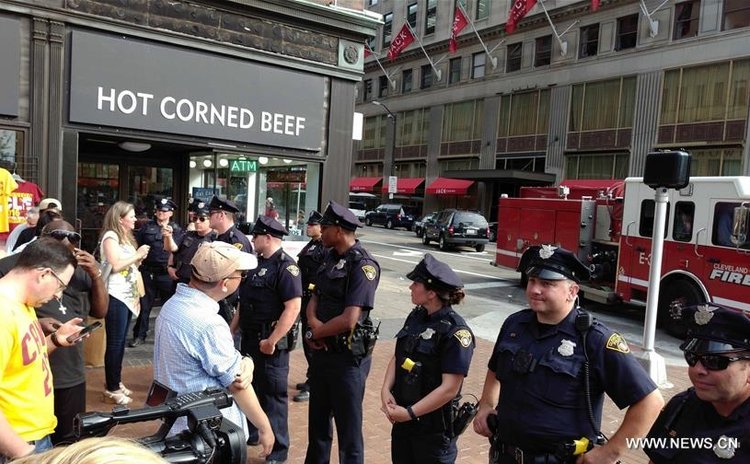 WASHINGTON, June 22 (Xinhua) -- One female was shot on Wednesday after the Cleveland Cavaliers' NBA championship parade, according to Cleveland Police Department.

The female victim was shot twice in leg, and one suspected gunman was already in custody, said Cleveland Police Department on its twitter account.

According to local media report, the victim was a 13-year-old girl and the police was still looking for second suspect involved in the shooting.

The shooting occurred just several minutes after the parade came to a close.

"Everyone was about to leave and suddenly I heard 6 gunshots. When I looked back, I saw huge crowds running toward me," witness Wu Lei told Xinhua.

About 1.3 million packed the streets for the NBA championship parade in downtown Cleveland, a town of 600,000 people.

"I knew something would go wrong today. I had two bottles of water in my backpack and during the six hours at the festival, I went every venue and no one gave me a security check," said Wu, a staff of ZTE, the sponsor of Cleveland Cavaliers.

The shooting incident happened 10 days after a lone gunman shot down 49 people and injured more than 50 at a popular LGBT nightclub in Orlando, Florida.

After the Orlando massacre, the U.S. Congress was again engaged in fierce debates about reforming the flawed gun-control regulations in the countries.

However, four gun-control measures were blocked in U.S. Senate on Monday, and Republican-controlled House showed no sign that it would soon vote on any gun-control bills.