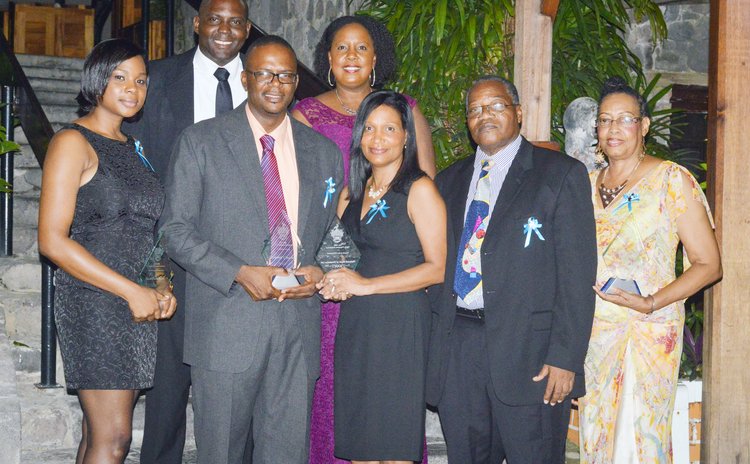 The Second Annual University of the West Indies (UWI) Alumni & Friends Dinner & Dance held at the Fort Young Hotel on Saturday, November 2015 was a resounding success, a press release from the UWI has stated. The event, which was hosted by the UWI Open Campus Dominica Site for the country's alumni, retired faculty and friends of all four UWI Campuses, was held as a major fundraiser for the site's local projects.

According to Kimone Joseph, Officer-In-Charge of the UWI Open Campus Dominica, this year, some of the funds raised will be used for the relocation of the Site's Reading Room.

"The Dominica Site has taken a decision that immediately after the Semester I Examinations this year, we will move the Reading Room into the newer wing," said Joseph. "Although this space is smaller than what we currently have, it is our hope that it will provide a more cosy setting and that our students and alumni will be able to use as the primary place for studying and accessing information when they come to the Dominica Site."

In addition, part of the proceeds will be donated to the communities of San Sauver, Petite Soufriere and Good Hope, who suffered severe damage and loss of life and property during the passage of Tropical Strom Erika.

"We are proud of the response that UWI as a family of four campuses has been able to give to Dominica thus far, and we at the Dominica Site wanted to do our part in the recovery effort as well," Joseph said. "We asked to partner with community leaders in areas of Petite Soufriere, San Sauver and Good Hope, and the Dominica site will donate one-third of the proceeds of tonight's activity to assist these communities to get back on their feet."

Four alumni and one institution were also honoured during the event. Ophelia and McCarthy Marie were presented with the Arts & Culture Award for their service to the UWI and Dominica in the field of music and performing arts. Mr. Ronald Charles, an attorney-at-law, was presented with the Community Service Award for his work in the development of sports and young people in the Roseau Valley area. Recent graduate, Ms. Nian Sorhaindo, was presented the Up & Coming Alumna Award and the National Bank of Dominica received the Friend of the UWI Award for its partnership with the Dominica Site on several ventures.

Following the awards ceremony and dinner, patrons of the event were entertained by live music from the Look-Us Band.