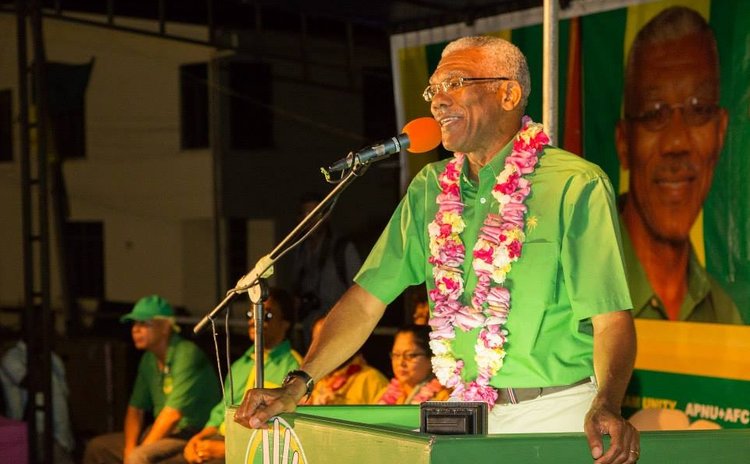 KINGSTON, May 14 (Xinhua) -- Preliminary results released by Guyana's electoral authorities on Thursday showed an opposition coalition has won the South American country's national elections, after a 23-year reign by the current ruling party.

However, Ramotar refused to concede the GECOM results, which were released three days after the actual polling day, due to difficulties in transporting ballot boxes from some 2,000 polling stations across the impoverished country.

"I cannot concede that I lost this election...We are convinced that these elections were rigged," he told a press conference on Thursday, calling for a full recount of all votes.

The PPPC had won the past five consecutive elections since 1992.

The GECOM said the result seems not to change over recount.

Granger, 69, lost last elections to Ramotar in 2011, and he was unanimously elected as leader of the opposition in the parliament.

He vowed to wage a war against illegal drugs, guns and corruption to secure better social orders. Increasing public sector salaries and lowering taxes were also among Granger's campaign catchphrases.

Last year, the APNU and the AFC called on a non-confidence vote against the Ramotar administration. In return, the president suspended and dismissed the parliament, which resulted in the early elections.