Lennox Linton says the UWP will not support the Savarin Presidency 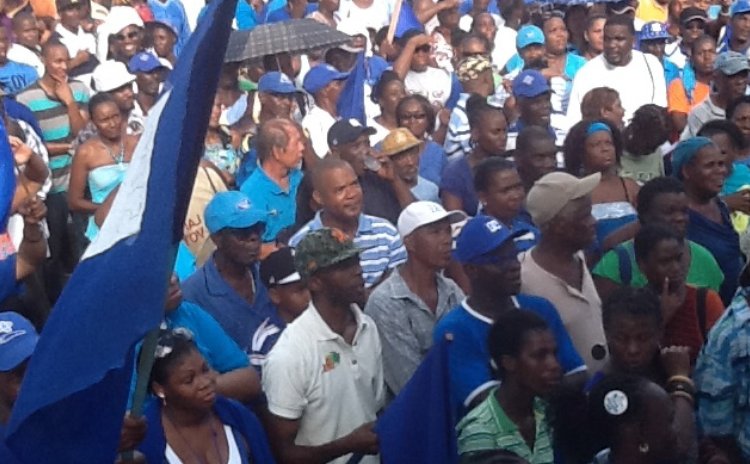 Describing the impending election of former National Security Minister Charles Savarin to the post of Head of State as "particularly disturbing", Lennox Linton, the political leader of the United Workers Party (UWP) said his party will not recognise the Savarin presidency.

"This is the message from Londonderry," Linton said while addressing a rally on Sunday to observe the 25th anniversary of the UWP. "That the planned election of Charles Savarin as President is not acceptable to the people of Dominica".

Linton went on to describe a failed attempt by Hector John, the Leader of the Opposition, to meet with Prime Minister Roosevelt Skerrit over the weekend to deliver a letter in which the UWP proposed Dorothy Leevy, the former principal of the Convent High School, as a joint nominee for the post of President.

Parliament meets on Monday at 10 am to elect Savarin and the UWP says it "cannot and will not support any initiative to make him President," Linton said.

Linton said a President is supposed to be a non-party representative and the embodiment of the State.

"Charles Savarin is cantankerous and a divisive mercenary of the ruling party," Linton said. "He cannot be the non-party representative of the nation as a whole."

According to Linton, the Skerrit administration anticipates trouble on Monday and have directed Police officers to erect barricades on Victoria Street neat the House of Assembly, Linton said. Hence, the UWP has asked supporters to gather at 5.00 pm outside parliament, long after Savarin would have been elected by the Dominica Labour Party (DLP) majority.

Savarin is the Skerrit Administration's third nominee for the post of Head of State to replace His Excellency Eliud Williams whose one- year term ends on Monday, September 30th 2013. The other nominees have been Speaker of the House, Alix Boyd-Knights, who withdrew following public protest; the second nominee was retired civil servant Jennifer Wallace-Lafond who also withdrew her nomination for personal reasons.