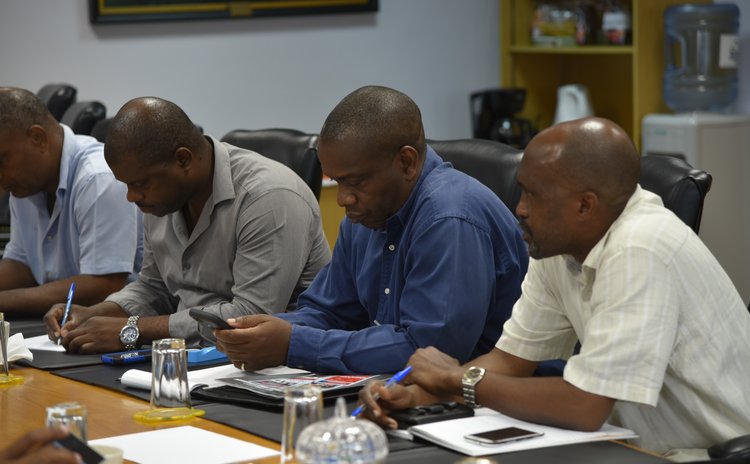 Observers are concerned that there are cracks in the national unity approach because of a seemingly one-sided National Reconstruction Task Force formed by Government without input from the Opposition.

Additionally, many are concerned that the Opposition has not been as vocal as they expected about their contribution to the recovery and rebuilding effort and has not been as critical of Government's role in the process as they would have liked.

Opposition Leader and Leader of the UWP Lennox Linton confirmed on Q95 FM Radio that Government had neglected to consult with his party about the task force.

Linton acknowledged that members of the task force are illustrious citizens but noted that over the last five years, not one of them has had anything critical to say about governance in Dominica.

UWP Deputy Leader Joshua Francis added that such a task force may suggest that Government's bi-partisan approach is not genuine.

Francis said Prime Minister Roosevelt Skerrit could have involved the Opposition Leader in the selection process and asked him for nominees, which would have shown that the PM is serious about moving forward in a bi-partisan way, he said.

However, the approach taken suggests that the national unity agreement does not go beyond the National Reconstruction Advisory Committee, Francis said.

The committee to which he referred includes all 21 elected members of Parliament and was formed by the PM immediately after the storm.

At that time, Prime Minister Skerrit declared that he was starting the process of reconciliation for reconstruction.

Skerrit declared that he wanted Government and the Opposition to "sit as patriots" to carve a strategy to rebuild Dominica.

Meanwhile, Francis asserted that the UWP has not lost its voice. He said the situation in Dominica required a joint effort and the UWP adopted a course of action that was in the best interest of the nation.

He added that the UWP is a separate political entity with its own ideas and vision and has not been absorbed into governance.

Francis said the Opposition has to "walk the path cautiously" to ensure there is no perception that the party is led by the PM.

"We lead ourselves and continue to work in the interest of Dominica," he maintained.

Meanwhile, political commentator and environmentalist, Atherton Martin commented that the Opposition allowed their "hell bent determination…not to appear to be the ones destabilizing unity in the country to get the better of them…"

Martin warned against naiveté, contending that goodwill must be accompanied by pragmatism.

He voiced his disappointment that the UWP members seem to have forgotten lessons learnt and are not proving themselves to be up to the task of a modern opposition, to arrest situations before they go bad and make proposals that are good.

He said an early indication that something had gone wrong was when the PM assumed responsibility for the Roseau South Constituency in Francis' absence.

Martin said the Prime Minister did not consult with Linton on this matter and enlisted a non-elected Member of Parliament to perform duties in Roseau South, breaking the rules of engagement.

"Why not say to the Leader… "One of your members is not here; do you mind naming somebody to steward the constituency until he comes back?" But you take it over and then you bring in a non-elected member…"

Martin added that he expected objections to these developments, but no one protested the violation of the rules of engagement; moreover, the PM held press briefings without Linton on several occasions.

The most disturbing event was the selection of the task force, Martin declared, which he said was followed by a "soft" response by the Opposition Leader in the media on the following day.

Martin described the Parliamentary Committee as a cunning move by what he considers to be a crafty person who cannot tolerate persons of greater competence. Further, he pointed out that the UWP has highly skilled persons within its membership to deal with the recovery efforts.

"What it says about the Opposition? It makes me believe that the Opposition is not ready to take on the task of providing good governance for Dominica. They are not insisting on it, they are missing opportunities."

"If you keep allowing these guys in full view of the world to get away with these gross violations and gross acts of disrespect, then you are leading more and more people to conclude that you are not up to the task…" Martin said.