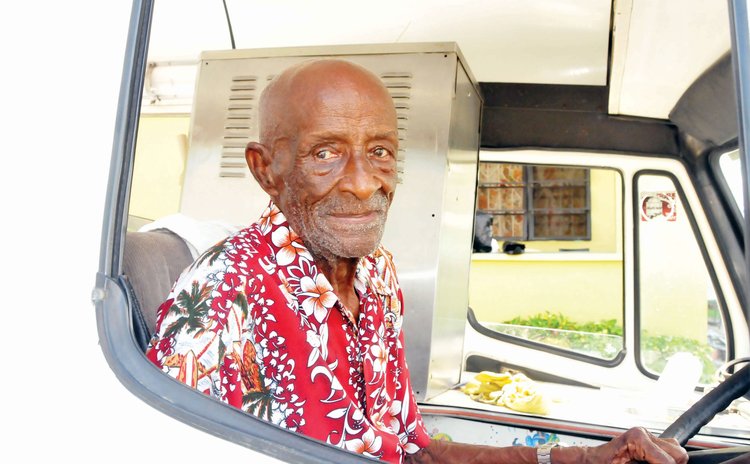 Just last year I paid tribute to 99-year-old Oscar Joseph better known to us as Popeye. Now I am indeed happy to extend congratulations to him on the achievement of his 100th birthday.

This is perhaps an unusual occasion for one who had been a footballer for many years to reach this ripe age, bearing in mind that the game of football exposes one to so many injuries, some fatal, which could shorten one's life. But Oscar has survived.

Now almost 60 years after he made his exit from the playing, field Oscar Joseph remains a household name to those who were privileged to have been associated with him during his glory days as goal keeper for the Thunderstorm Sports Club.

It was in 1953 that Thunderstorm made football history by winning the first and second division trophies and, of course, with Oscar in goal. I always believe that Oscar was among the three best keepers in his day. Whatever else he may have achieved in life, the glory of the 1953 football season will always be remembered for the part he played between the bars.

He was brought up in New Street, now Kennedy Avenue, near the Old Windsor Park where he played football as a young boy. He attended the Roseau Mixed School (RMS) in the days of teachers like the late Eric Richards, a sportsman of note himself. Oscar had his bad days with teacher Richards; I recall the struggle between teacher and student under the hat rack just before lunch time.

Years later when they met overseas, teacher Richards reminded him of this never-to-be-forgotten incident and they both had a manly laugh.

It is now fitting for me, on behalf of all football-loving people, to wish Oscar many years of healthy living and may the Good Lord protect him as the years roll on.