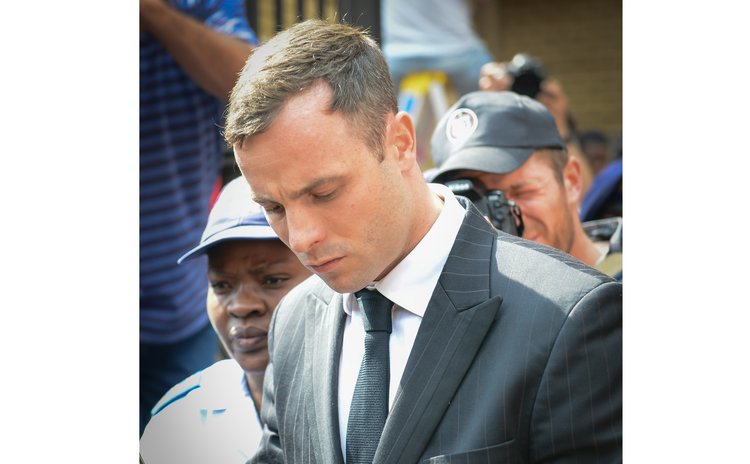 Dr Lore Hartzenberg, who gave Pistorius mental health counseling after the shooting of his girlfriend, said that the athlete is a "broken man" who was "unlikely to fully recover".

Lore also said that Pistorius hoped to teach at a school in Mozambique instead of pursuing his sports career after the trial.

Joel Maringa, a state social worker, said Pistorius should serve partial house arrest and community service no more than three years for the negligent kill of his girlfriend. Pistorius's manager Peet van Zyl listed all the charity work Pistorius has undertaken over the past few years in a thick report.

The first day of trial came to an early close, with the prosecution's Gerrie Nel, who will be pushing for the most punitive possible jail term, requesting time to study the thick report compiled on Pistorius's charity work.

Judge Thokozile Masipa, who delivered the guilty of culpable homicide to Pistorius last month, will decide his sentence in a few days.

As an inspiration for disabled people and a symbol of triumph over adversity, the 27-year-old amputated sport star, was convicted of manslaughter last month for shooting 29-year-old law graduate and model Reeva Steenkamp on Valentine's Day in 2013.

While a murder conviction would certainly lead to a jail sentence, culpable homicide can be punished by anything from 15 years in prison to a suspended sentence or community service.

Under South African law, an appeal cannot be launched until sentencing has been concluded.