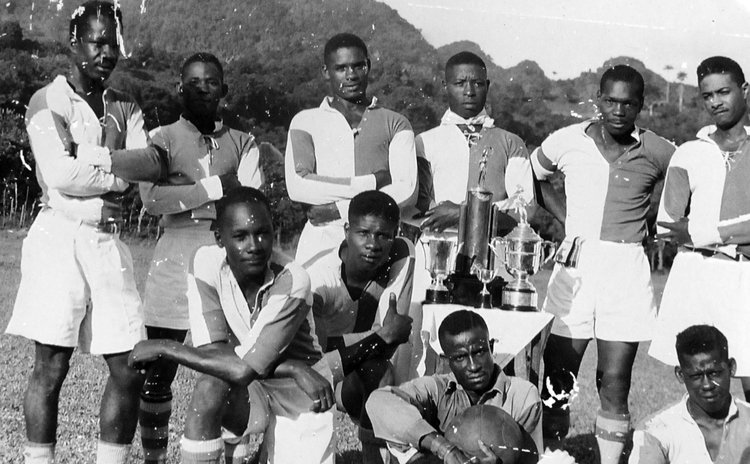 Members of the Thunderstorm Division I football team
By Phillip Alleyne

I have always tried to keep a sense of value of standards, believing always that a sport is rather of more lasting consequence to any player in any period. Any man who has reached the age of 99 and seeing his picture of 61 years ago featuring in a game of historical value is bound to be a happy man.

In 1953, Thunderstorm teams First and Second Divisions made a clean sweep by winning all four trophies of the season's competition becoming the first team to achieve this feat. Those of us who were members of the Thunderstorm Sports Club will remember how flexible Oscar was between the bars and this contributed to his success as a custodian. To this day he maintains the same physical body.

Among the top goal keepers of his day were Sydney Dyer, Clifford Severin, Robert Clerk, Hugh Toussaint, Alphonse George all of blessed memory. Waddy Astaphan is the only surviving member of that group. I am certain that all past members of Thunderstorm Sports Club will join me in extending congratulations to Oscar, with the hope that he will reach his 100th birthday and live to celebrate many more.