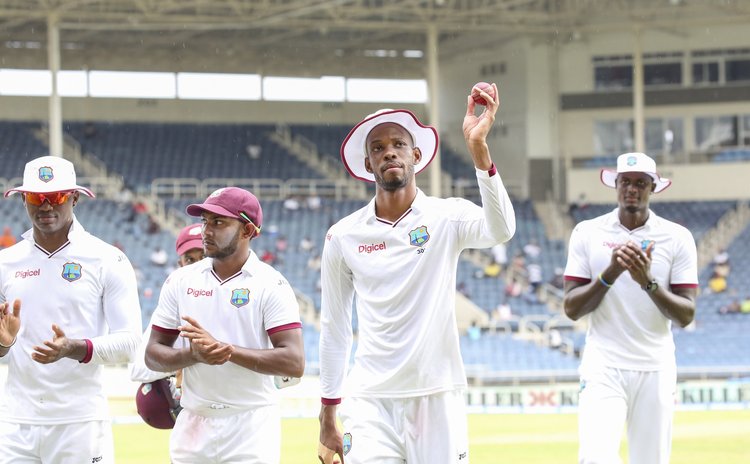 KINGSTON, Jamaica – Roston Chase had a memorable spell of bowling for West Indies was upstaged by a hundred from Ajinkya Rahane for India in the second Seagram's Royal Stag Cup Test – powered by Karbonn Smart Phones –today here.

Chase, a part-time off-spinner, playing his second Test, was the most successful Windies bowler, ending with 5-121 from 36.1 overs.

His performance was overshadowed however, when Rahane became the second century-maker in the Indians' first innings, finishing undefeated on 108, his seventh Test hundred and third in four innings, before the visitors declared on 500 for nine about 45 minutes before the rescheduled tea break on a rain-affected third day at Sabina Park, for a lead of 304.

West Indies were unable to begin their second innings, as rain associated with a tropical weather system drenched the Jamaica capital, keeping ground staff busy for the next two hours before umpires Aleem Dar and Ian Gould suspended play for the day.