Our actions are our future. A #Zero hunger world by 2030 is possible 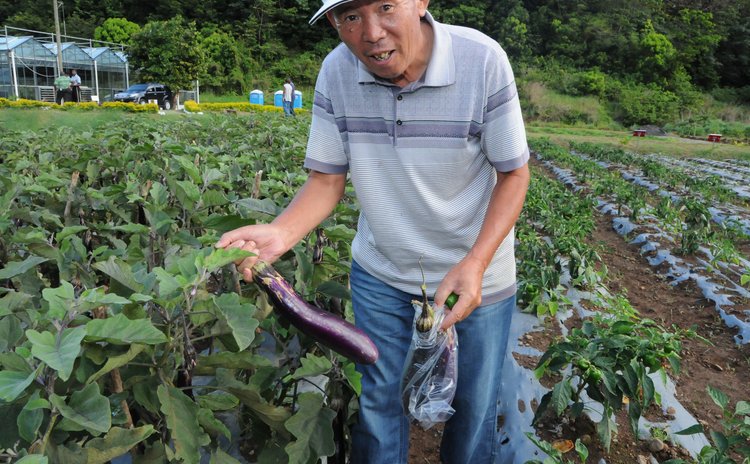 One of the biggest issues related to agriculture these days is climate change as it affects food security.

That's what the Food and Agriculture Organisation (FAO) of the United Nations told us two years ago, even before Hurricane Maria in 2017 demonstrated that extreme weather systems can decimate lives and livelihoods of poor, small farmers.

As we prepare to observe World Food Day (WFD) 2018, on 16 October, we are reminded that Dominica's agriculture will need decades before it recovers from Hurricane Maria in 2017 and Tropical Storm Erika in 2015.

Nevertheless, last week we listened to an official from the Ministry of Trade reading out figures of agricultural commodities that Dominican farmers have exported since Hurricane Maria, attempting to give the impression that the sector has been rebounding. What the official didn't say was how these new figures compared to the pre-Maria period or to agricultural exports in general from the other island of the sub region, such as St. Lucia and St. Vincent and the Grenadines. Context is crucial when issuing statistics. However, we digress.

According to the FAO, the world's poorest - many of whom are farmers, fishers and pastoralists - are being hit hardest by higher temperatures and an increasing frequency in weather-related disasters. Dominica's calamity in 2017, caused by Hurricane Maria, is a typical example.

The FAO argues that as poor farmers grapple with the effects of climate change, at the same time, the global population is growing steadily and is expected to reach 9.6 billion by 2050.

To meet such a heavy demand, agriculture and food systems will need to adapt to the adverse effects of climate change and become more resilient, productive and sustainable.

"Climate is changing, food and agriculture must too", the FAO suggested.

On a local basis, building resilience and ensuring greater food security means the development of a comprehensive plan for the revival of the sector. Clearly, officials of the Ministry of Agriculture that for decades appear to be tinkering with various aspects of agriculture with varying levels of success but most observers are convinced that this little-by-little approach to agricultural planning will not work as the country grapples with the effects of climate change. We need a paradigm shift, if agriculture is to become resilient in the face of more frequent and more ferocious storms.

The Sun has reiterated that there will be little sustainable growth in Dominica's economy unless we improve production and productivity in agriculture and that the government must put its money where its mouth is if Dominica is to experience a revival of decaying hamlets and villages.

However, as we have stated on previous occasions, if we are to become resilient to climate change, we have to find solutions to the persistent problems that have caused agriculture to stagnate for decades. These include the misuse of land, the unavailability of irrigation, the scarcity of price incentives, lack of access to financial services, poor feeder roads and transportation systems to move produce from farm to market and most importantly, low production and productivity of small farmers.

As we have noted, the agricultural sector in Dominica has not even began to scratch the surface in terms of the use of science and technology to help boost production of food for local consumption and for export. Moreover, the Caribbean has recently adopted an absurd reverse strategy by shutting down its research and development systems in agriculture. What product is able to survive and prosper in this competitive world without adequate investments in research, development, marketing, education and promotion? Certainly not agriculture.

As we said in a previous editorial, this is the worst of times for agriculture and food production in Dominica. But it is also the best of times because it could be the beginning of an opportunity for farmers to receive some fair return for their labour. But we have to get back to the basics of managing and developing the farming sector because, to paraphrase the FAO-WFD theme of two years ago, climate is changing and so farming and agriculture must change too.

For the 2018 edition of WFD, the FAO has decided to focus the world's attention on declining state of food production and nutrition. According to the report "Food Security and Nutrition in the World: The State of Building Climate Resilience for Food Security and Nutrition" in 2017, the number of undernourished people is estimated to have reached 821 million – around one person out of every nine in the world.

"In 2017, childhood overweight affected over 38 million children under five years of age, with Africa and Asia representing 25 percent and 46 percent of the global total, respectively. Anaemia in women and obesity in adults are also on the increase at the global level – one in three women of reproductive age is anaemic and more than one in eight adults – or more than 672 million – is obese. The problem of obesity is most significant in North America, but it is worrying that even Africa and Asia, which still show the lowest rates of obesity, are also experiencing an upward trend.

Furthermore, overweight and obesity are increasing the risk of non-communicable diseases such as type 2 diabetes, high blood pressure, heart attacks and some forms of cancer".

A lack of action too will determine the future of agriculture.