Our Femme Creole in Antigua 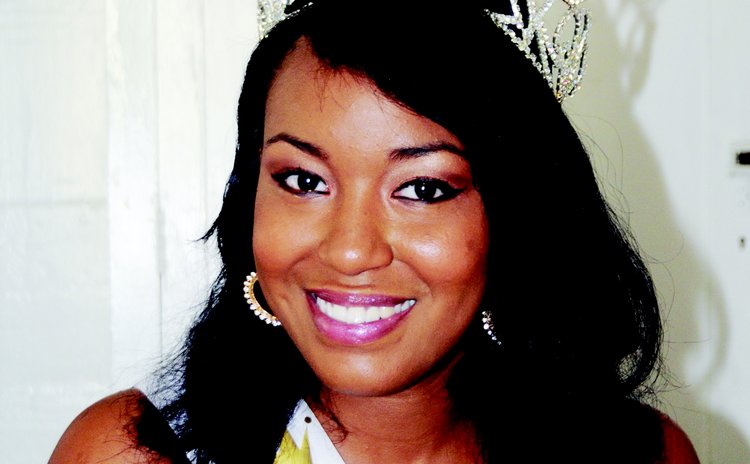 In Antigua, Ardis Laville is the 2012 Miss Femme Creole, a pageant that Dominicans there hold each year to showcase their culture and to get a taste of what they're missing away from home.

"To participate you either have to be Dominican or have Dominican parentage," Ardis told the Sun while on visit to Dominica last week. "Even if I live in Antigua I'm Dominican by birth; I am Dominican by heart."

The Miss Femme Creole mimics Dominica's Miss Wob Dwiyet show, she said, which is held here each year around Independence. Six young Dominicans participated in the Antiguan show and they performed in six segments; the aim of the show is to show aspects Dominican culture.

"We had to portray a Dominican icon," Ardis said. "I ended my entire performance with (Jeff Joseph's) Soucoyant."

Described as "petite and pleasant", Ardis has an obvious love for children and the less fortunate. Not satisfied with being a pretty face, she made a presentation to the primary schools of Sineku and Salybia on her visit to Dominica last week. She's a Kalinagos who migrated to Antigua with her parents 15 years ago. At the schools in the Kalinago Territory, she presented reading books, art supplies and school supplies.

Since Ardis considers herself to be ambassadors for both Antigua and Dominica, we asked her how she navigates the differences in cultures of the two OECS countries. She said the main difference is food.

"Up there it's a lot of fast foods," she said. "At home we have our broth and palleau- that I would indulge in. So when Antiguan friends come to our home they experience that kind of food."

And there's the Kalinago habit of tending a backyard garden that her parents took with them when they moved to Antigua.

"Daddy has to plant his dasheen and his tanias and the bananas," she said.