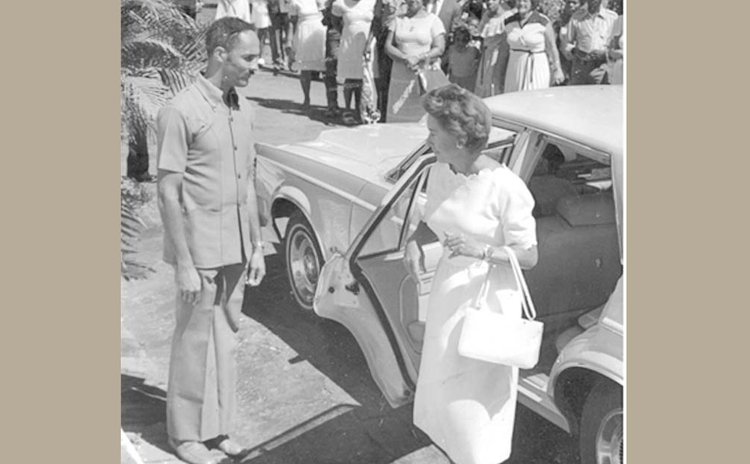 Princess Margaret, the Queen's representative arrives at the Independence ceremony

Princess Margaret, the Queen's representative arrives at the Independence ceremony "Dominica's new flag was hoisted on Nov.3, 1978 turning that date which had once been Discovery Day and National Day into Independence Day.

The problem facing the nation was how to build up the faith of the population in the new nationalism and gain their participation in nation-building. Once again the leaders turned to Culture to do the job. The only problem was that Leblanc was no longer leading the nation and where Culture was concerned no one seemed to have the LeBlanc touch or at least their vision appeared to be focused on strategies other than Culture".