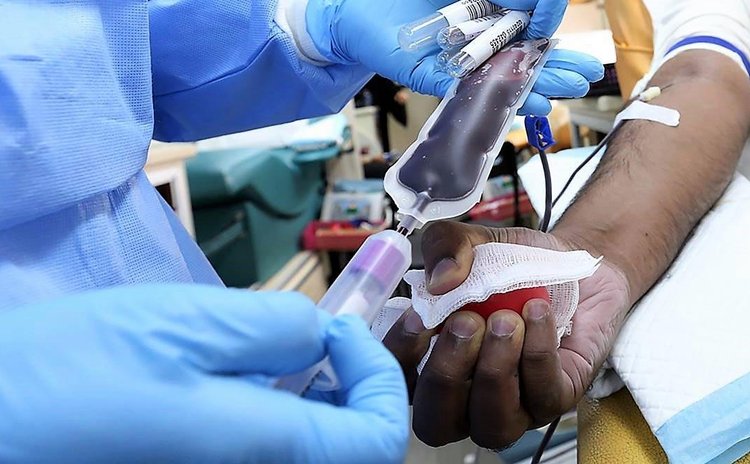 A call that seems to fall on deaf ears is made every year, in fact, several times in the year, for people to step up to the plate and save lives. Yet the response has been disheartening.

The demand for blood donors in Dominica is never in short supply, however, the number of people willing to give of this precious commodity falls short of expectations.

Recently the plea was made once again for Dominicans to come forth and save lives. The advocacy from the Blood Bank is a never-ending job a sensitization among communities to donate blood is always a challenge.

Laboratory Superintendent, Catherina Jemmot, who has overall supervision of the lab at Blood Bank of the Dominica China Friendship Hospital (DCFH), is encouraging voluntary donations from the public. She says the voluntary donation is key in saving lives.

"I want to really thank all those persons who over the years have felt the importance and the necessity to donate blood and donate blood freely," she said

The gratitude exudes from Jemmot as she remembers the people saved through voluntary blood donations.

The Blood Bank is located in one of the newly constructed buildings of the DCFH and donating blood is a simple procedure. First, you are screened and if everything checks out okay you go ahead and give blood. One pint of blood, which can take as little as five minutes to extract, can save up to three lives.

One Dominican who has been donating blood for close to three decades threw his support behind the voluntary donation.

"I want to encourage you, if you have not yet started, start now. If you are [donating], continue. We are very important people; the fact is, we are lifesavers," the donor said.

Blood is vital in a number of scenarios such as a pregnant mother encountering difficulties, an elderly person needing an amputation, or someone being near fatally injured in a vehicular accident.

Carlton Languedoc of Jolly's Pharmacy, which is a platinum sponsor of the Blood Bank, says: "What I like about the practice of blood donation is it is a humanitarian act. No one has to pay you, or give you gold or silver or promise you a bag of money to give it. You give it because you recognize you are giving and helping somebody to get a second chance."

Another donor, this time donating for under ten years, recalls his most memorable moment donating blood.

"At least eight years I have been donating blood and I have never ever, ever had one regret. There was one moment when I came to give blood and the person asked me 'who are you giving for?' I gave the name and there was an old lady sitting there... I didn't even know the lady and she said 'thank you wi son'," he said.

Turns out that lady had no one to call on to give her that lifesaving gift.

And yes, year after year we hear the cry for people to come on board and donate blood at the hospital in Roseau, but as Languedoc pointed out, it is high time to move this service to the out districts.

"One of the things that we have begun to conceptualize," he said. "Is to decentralize that service throughout Dominica, because not everybody can take a bus and come here…"