JUMP BALL No. 92(Part I). By Arlington James 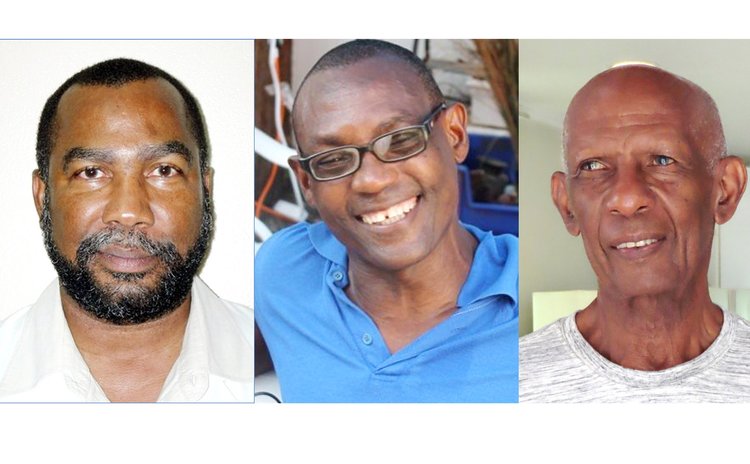 While going on a daytime excursion in one of Africa's famed wildlife reserves one would certainly be looking forward to being treated to a sighting of the King of the Jungle, and to hear that resounding roar across the plains. A night-time safari may take us close to a giant eagle owl hooting and communicating with others of its kind through its vocalization.

Let's leave the African plains and move across to the Caribbean to visit The Nature Isle's basketball 'arena'. Two of the teams that participated in Dominica's national basketball league during the 1980s and 1990s were named after wild animal species, viz. OWLS and LIONS. Between 1982 and 1992, at least one of those teams was included on DABA's game rosters, with Lions being the first to enter (1982) and the last to exit (1992). Both teams were on the fixtures together for six seasons, i.e. 1985 to 1991, but excluding 1989 when only Owls competed.

Both teams suffered several defeats, including blowouts, and were sometimes relegated to the last two places in the league standings. As a result, they were sometimes described flatteringly as 'fèbo', a word that means weakling in our Kwéyòl language.

Owls (1985–1991): Owls, led by "Mr. Basketball himself" Wilmoth LeBlanc, were a regular on DABA's match fixtures for seven (7) consecutive seasons, beginning in 1985 and ending in 1991. Over their lifetime they conceded several defeats, from teams such as Cardinals, Clouds, Eagles, Flames, Killer Bees, Pros, Raiders, Wolverines and others.

In their first season on the court (1985), they placed 6th from 10 teams with 4 wins, and 5 losses. In 1987 they dropped to 7th place from eight teams with 2 wins and 12 losses, and in 1988, they were still struggling to avoid the last place among the nine teams, occupying 8th position but allowing Flames to occupy the cellar spot.

However, at the other end of the court Owls enjoyed sweet victory on a few occasions apart from their wins over Lions. They hooted loudly when they registered 'blow-outs' over Green City and SMAGs with scores of 90-58 and 91-65 respectively; defeated Harks 90-81; clinched SMAGs 73-71 in a second encounter, and won over Original Wizards 71-65.

It should be noted that in 1986, Owls were described by The Chronicle newspaper as "…the most improved team in the First Division…" at the time.

Owls' High Scorers: During Owls' lifetime several players collectively carried the scoring for the team with Dr. George Bruney and Wilmoth LeBlanc being two of their leading scorers. Other players in alphabetical order who added to the team's match totals were George Andrew, Ian Bedminster, Lester Bernard, Adolphus David, Patrick Henderson, Blaize Jones, Sylvester Joseph, brothers Dion and Steve LeBlanc, Wilmoth LeBlanc (Dad of Dion and Steve), Andrew Magloire, Phillip McDougal, Lennox Rocque and M. Williams. Several other players had smaller scores (or even no scores) that did not make the sports pages of the newspapers.

It should be noted that Wilmoth and George Bruney on several occasions swished scores of between the mid-20s and upper-30s for Owls.

Two of Owls' final games, before they flew out of the DABA League in 1991, were when they lost to Wolverines of Bath Estate 74-88, and then being "brushed aside" by Harks 72-95 in the 1991 Knockout competition. But, as Patrick Henderson recollects, Owls "played more for the love of the game than for winning a championship. Those were great days."

Owls' Sponsors: Over the seven seasons that Owls competed in DABA's national league they were assisted by four sponsors and were also self-sponsored for a short while. They secured their first sponsorship from Baron's Enterprises and were known then simply as Baron's Owls during that sponsorship period. Air Guadeloupe was their next benefactor, followed by Hara Agencies, and finally registered as Eeze Owls. Jump Ball THANKS to all the sponsors for their generosity.