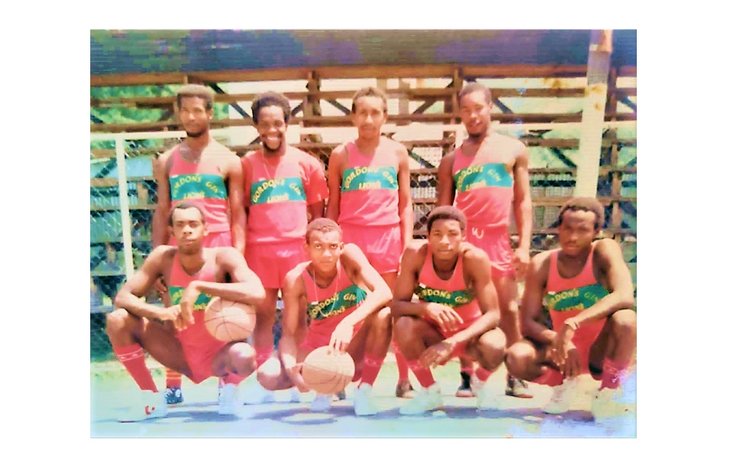 Part I of the article presented Owls' performance over their seven years on the court (1985-1991); Owls-Lions encounters; Owls' scorers, and their sponsors. The article concludes below.

Lions spent a total of ten (10) seasons running the Windsor Park Hard Court in two stints. They debuted in 1982 and initially played for seven consecutive seasons until 1988 before taking a 1-year leave of absence.

Although Lions registered a few victories during their first spell, they sometimes struggled – as Owls did - to avoid the bottom of the team placements. However, the team did show some promise and Reginald St. Havis Shillingford in his Sports Commentary titled, "A Bright Burst of Basketball Power" which was published in The Chronicle of 1st March 1985, had this to say about Lions: "It is not easy to live up to a nameplate as solid as LIONS. But the King of beasts of local basketball has been known to bite hard on occasions. The team leaves much work on its strong men Augustus WILLIAMS and David CHASSEAU both playing in the guard position. Yet, they are growing with the added responsibility placed on their shoulders, and will, who knows, with a new recruit here and there soon pack a more powerful roar of the real hungry LIONS – a roar that will terrify and chill the blood of opponents."

During their 1982-1988 stint on the court, Lions suffered many a disappointing loss, including a few blow-outs, to teams such as Pros, Cardinals, Killer Bees, and Running Rebels. Interestingly, Lennox Xavier/Jervier of Harks in 1982 set a personal and DABA record of 60 points in a league match, and that was against Lions.

Bringing in the Kill

Of course, after a match, win or lose, team members would treat themselves to one or more rounds of delicious ice-pops made by the mother of Davidson and Samuel Daley, or the mother of Seibert Didier of the opposing Flames team.

Following their one-season break from the league in 1989, the Roseau-based Lions returned to the court in 1990 as a "new look" squad with a new sponsor, and remained active until the end of the 1992 season.

Apart from the results of the Lions/Owls encounters, Lions in their second stint conceded losses to teams such as Cardinals, Clouds, Hoyas, Harks, Killer Bees, Pros, and Wolverines. However, the 1992 season was undoubtedly Lions' best. The team, who "lived and died" via the 3-Pointer route then, chalked up a hefty 34 Three-pointers in three matches that year; had two three-digit victories; and scored a massive 70 points in a half versus Killer Bees.

In recognition of their performance, Lions received the DABA's Most Improved Team Award for 1992.

During Lions' final three seasons the following players were the ones high-scoring and occasionally top-scoring for their team: Peter Anthony, Irving Joseph, Mervin Joseph, Leeford Joseph, Eddie Prevost, Ronnie Rolle, Earl White, and H. Williams. Of course, several other players would have supported those high-scorers in their matches.

Lions' Sponsors: Over their 10-season history, Lions benefitted from the generosity of three sponsors: H.H.V. Whitchurch & Co., Gordon's Gin, and Mary Eugenia Charles (MEC Lions) for their final three seasons. They were also sponsored by Sports & Wear while they participated in the 1984/85 DABA Off-Season League.

The majority of players who played with Owls and Lions have retired, some went on to play with other teams and a few have gone to the Great Beyond. And, in spite of suffering many defeats, both teams contributed towards the development of basketball in Dominica.

Statistical information was obtained from archived newspapers. Thanks to Roland, 'Jockey' and Yannick.