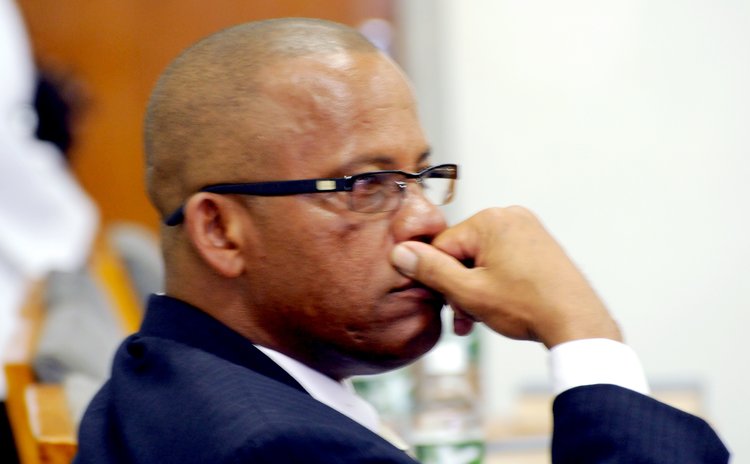 In 2011 the five were arrested and charged for allegedly falsely obtaining birth certifications under false names to fraudulently obtain Dominican passports. Just over one year ago, Magistrate Arly Gill dismissed the matter for "want of prosecution" but within a few days afterwards the Director of Public Prosecutions (DPP) reinstated the charges.

Today, surrounded by a battery of lawyers, police prosecutor Inspector Michael Laduat who is attached to the office of the DPP, asked for an adjournment since, according to him, he was "holding papers for State attorney Fernilia Felix who was in charge of the matter but was engaged in a criminal trial at the high court."

In fact, Laduat presented a bundle of documents to the court explaining that they consisted of among other things 43 pieces of evidence which was to form the basis for the prosecution's case via paper committal for the High Court. He was also not able to shed light and answer questions posed by the court when questioned about the completeness of the documents since he maintained that, he was not the one who had control of the case.

"I can't answer questions, I am merely holding papers," he said.

But all five lawyers told the court that it was "an abuse of the process and asked that the matter be dismissed." Gina Dyer-Munro, who represented Wiltshire, was forceful in addition to Noelize Knight Didier and Henry and Zena Moore Dyer for Mitchell.

"This is a case which has a long history. Mr. Wiltshire is a lawyer and his practice is severely affected. This is a court of law, persons lives are at stake, the court needs to put its foot down this is just not fair…this matter should be struck out," Dyer-Munro stated.

She told the court that the prosecution had "failed to abide by the decisions of the court" to ensure that it had all its items in order and that this was the final adjournment for the matter.

After listening to several arguments magistrate Bernard Pacquette stated: "The DPP'S office is not a law firm it's an office. This court has bent over backwards to accommodate them, it is not fair to have such an important matter like this which is long overdue hanging over their heads like an albatross. Based on that, the matter is dismissed for want of prosecution."

After the decision, Wiltshire refused to comment and the lawyers involved said they had no comments on the matter.