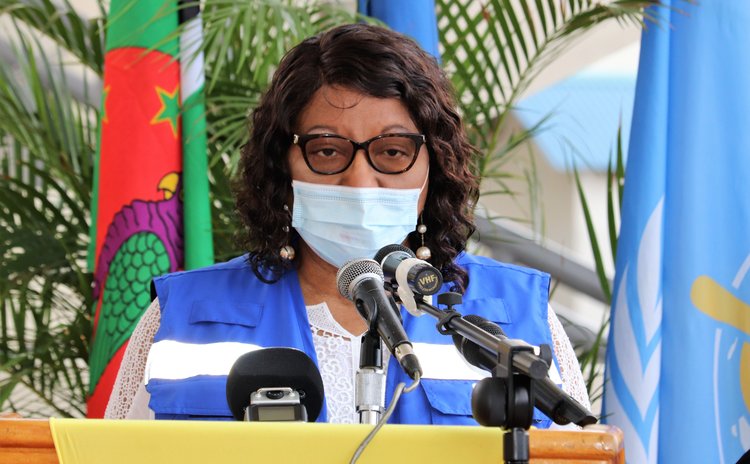 Vaccinated carnival lovers are seeking a reward for taking the jab, and have sounded an appeal to the government for the event to be attended only by the vaccinated.

The recent call has since gained the attention of Dominica's Prime Minister Roosevelt Skerrit as well as the Minister of Tourism, Denise Charles, who announced that a proposal from the Discover Dominica Authority (DDA) and the Dominica Festival Committee (DFC) will be taken to Cabinet for further discussion on the staging of the event.

While Skerrit says a final conclusion has not been made, Dominican-born Director of the Pan American Health Organisation (PAHO), Dr. Carissa Etienne advises that this recommendation must be carefully considered.

Dr. Etienne, who joined the Prime Minister on his weekly show, Annou Palé said, hosting activities that may bring together large numbers of people does expose the risk of the further spread of the virus regardless of their vaccination status.

"If it's a carnival situation people are going to be drinking, they are not going to be wearing their masks while they fete so that increases the opportunity. As I said, even though you are vaccinated you can be infected and you can transmit that infection as well," she stated. Dr. Etienne added that consideration must also be given to the fact that mass congregations can spark another wave of cases that most countries are already having difficulties in managing.

She further advised Skerrit, should any decision be taken, his government must weigh the relaxing of public health measures with the country's health systems and services to determine if it is able to handle a spike in cases from the activities.

The PAHO's Director said the same consideration should not only be taken for carnival but election campaigns because "that too draws a large number of people and we have seen a massive, massive increase in cases after the election campaigns."

Dr. Etienne said that while she understands and appreciates the fact that citizens are exasperated by public health measures, she insisted that "one night of sewo can put your life in danger. I mean it really doesn't make sense."

She further declared that vaccination is the only solution out of the pandemic and to return to a sense of normalcy.

Meanwhile, though the Director said PAHO holds the view that mandatory Covid-19 vaccination should be a sovereign decision, she, however, believes that the unvaccinated should be made to pay a fee for testing.

"I find when I look at the figures in Dominica instead of going and getting vaccinated people are going to test. Testing is not going to prevent you from getting Covid. What you should be doing is getting vaccinated. So at some stage, you have to consider letting people pay for those tests," Dr. Etienne advised the Prime Minister.

Though Dr. Etienne acknowledged that the vaccine does not prevent one from contracting and spreading the virus, she said that the transmissibility to a vaccinated person is much less than to an unvaccinated person.