Pain at the Pump 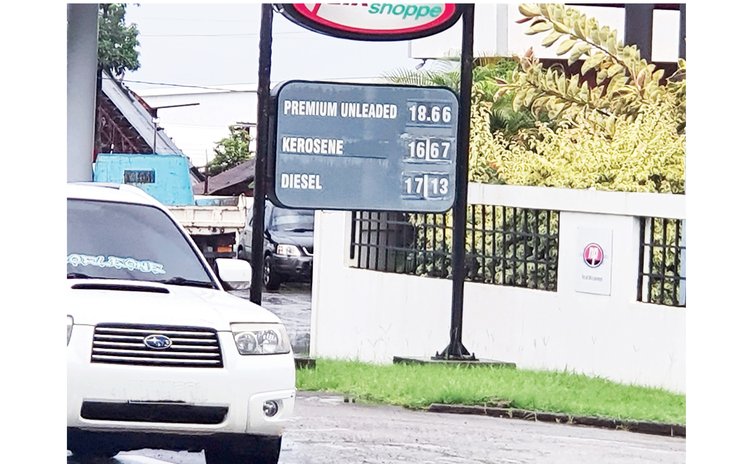 While fuel consumers in Dominica expected a drop in fuel prices given a decrease in other major markets, the fuel market in Dominica remained precarious as prices reached a record high last week.

Following the announcement, a few burdened consumers expressed their views on the spike to The Sun.

"Oil prices on the global market have decreased significantly, here in Dominica it is the reverse. These price increases are not justified, the government needs to explain why the prices are so high," one customer said.

"Budget passed and the government just take out VAT on DOMLEC bill starting August 1st, so to make up for their loss they increase fuel prices. If they cannot make it on VAT they will take it from fuel surcharge, one way or the other they make a profit," Victor Mason said.

"In a time when gas prices are going down worldwide, this news came as a shock. I guess that is to make back for the road tax and half-off vehicle license they just announced in parliament. The way the system works they pretend to give but take back elsewhere," said another customer. "How is it possible that the government announces subsidies, and then prices increase? Oil prices last hit high globally since the end of May at about $118/barrel, for two and a half months the government never dropped prices when they were so quick to raise, now oil prices are under $90/barrel they are raising prices even higher," he said.

For the past seven months, the invasion of Ukraine by Russia, the largest exporter of oil and gas to global markets, and the retaliatory sanctions that followed have caused gas and oil prices to gallop with astounding ferocity. The unfolding calamity comes on top of two years of upheaval caused by the Covid-19 pandemic, off-and-on shutdowns, and supply chain snarls.

However, major retailers in the United States of America and the United Kingdom have announced a drop in gas prices for a number of reasons including an increase in gasoline production and a decrease in the cost of crude oil, which is the primary determinant for costs at the pump, according to records.

Succeeding the new rate increase, the Government of Dominica in a release said, in an effort to cushion the impact they will continue to implement measures to keep fuel prices under control as the global price of oil continues to rise.

"Given the present global market prices and this new price cycle, the Government has decided to further subsidize the cost of petroleum to reduce the impact on residents and to allow for sustainable economic activities," the release stated.

It further stated that the government will continue applying a waiver of the Customs Service Charge on gasoline and diesel and the granting of the subsidy of EC $0.21 cents per gallon on diesel.

"Without the Government's intervention by way of waivers and subsidies, the retail price of gasoline would be $20.43 and Diesel $18.14. The implementation of the measures will result in continued revenue loss to the state. However, the Government of Dominica remains committed to actions to cushion the impact of escalating world fuel prices and the current inflationary increases affecting basic household items," the release stated.

Nevertheless, the higher fuel cost will undoubtedly have a cascading effect and according to one bus driver who spoke to The Sun: "We now worry about how to keep the lights on, fill our tanks, and buy food to eat. This is our livelihood and we are sinking."

The consensus among many other bus operators who spoke with The Sun is that the rising cost of petrol is putting them under enormous strain and have bemoaned existing relief measures as "not enough".

Calls by the drivers for an increase in passenger fares come as no surprise as according to the bus and taxi operators an increase is imminent due to another spike in fuel prices.

He stated that despite a short-lived protest action in 2021 and threats of further action, their quest for price regulation in the sale of petrol has failed.