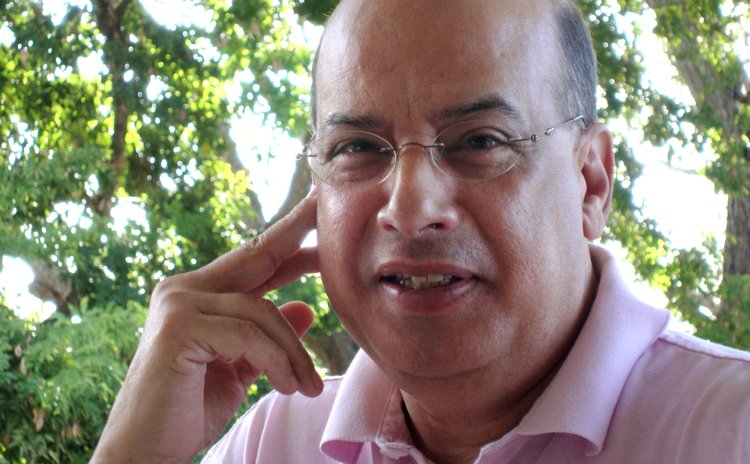 On January 1st, "60 minutes", an investigative programme aired by the US television company, CBS Corporation, ran a segment on "Citizenship by Investment Programmes" (CIP) that are operated by several countries around the world. For reasons best known to itself, "60 minutes" focused on three Caribbean islands after paying merely a passing glance at Malta, a Mediterranean island that is part of the 28-nation European Union (EU). It let pass other countries in Europe and North America that also operate such programmes.

The broadcast clearly had no purpose except to denigrate – if not to emasculate – the CIPs and the governments that operate them. It categorically stated that CIPs "attracted among the buyers a rogue's gallery of scoundrels, fugitives, tax cheats, and possibly much worse". It neglected to mention that the vast majority of CIP recipients were wealthy law-abiding persons who had been subjected to intense scrutiny by enforcement agencies before their applications were even considered.

The segment of the programme was headlined, "Passports for sale". The headline contrasted sharply with the title I had given to an article on the same subject just one year before. The article I wrote was called, "Passports to save the economy".

The difference in the treatment of the same subject was that, as a worker in the cause of the development of small countries, I understand the imperatives that compel governments, in adverse conditions, to seek new and creative ways to keep their economies alive and to continue to provide for their people. In the case of "60 minutes", the reporters were not concerned about the underdevelopment and neglect that caused governments to market the most precious of all precious national assets – citizenship.

"60 minutes" portrayed the CIPs in the Caribbean as a "security threat" to the US. Significantly, the programme hung that claim on an interview with only one person, albeit a former legal adviser to the US Immigration and Customs Enforcement arm of the Department of Homeland security, Peter Vincent. It passed over a comment from General John Kelly, the former head of the US Southern Command, who is slated to be the Secretary for Homeland Security in Donald Trump's Cabinet. Kelly was quoted from a report he issued last year in which he said "cash for passport programs could be exploited by criminals, terrorists or other nefarious actors." There is a big difference between "could be exploited" and "is being exploited".

In the interest of providing a semblance of balance, "60 minutes" did allow Antigua and Barbuda's Prime Minister Gaston Browne to make the point that, in the case of his country, the names of all applicants for citizenship are screened by American intelligence and law enforcement agencies. And while it did not question his assertion, or try to present any evidence to disprove it, the programme went on to state that the issuance of diplomatic passports to CIP recipients is "a gaping hole in a very effective global security architecture to prevent terrorist attacks". The broadcast supported this assertion only by Mr Vincent's remarks that, "The border officials at the receiving country, even without a visa, almost always admit an individual carrying a diplomatic passport. In addition, border forces are not entitled to search the luggage of diplomats like they are for regular tourists. They simply wave them through".

The latter statement in the context of the US is not accurate. From personal experience as an accredited Ambassador to the United States, I know that holders of diplomatic passports are questioned by immigration and customs officials and that searches of their luggage are not prohibited unless State Department officials accompany them – a privilege accorded only to Heads of Government on official business in the US or to accredited Ambassadors on their first arrival in the country.

Having said that, "60 minutes" did admit that the provision of diplomatic passports is not part of the CIP. It claimed that where this has been done – and it identified specific cases in Dominica and St Kitts-Nevis – "it goes on under the table". The Prime Minister of Dominica, Roosevelt Skerrit, has since "categorically" refuted this charge. For my part, I believe diplomatic passports are important to facilitate business between governments; they ought not to be in the hands of anyone except diplomats accredited to specific countries or international agencies, and heads of government and ministers conducting official business. Unfortunately, their overuse – and probably their abuse by a few governments - has already undervalued their utility.

Where "60 minutes" let-down its global audience and damaged the Caribbean, is in its failure to explain why governments have turned to CIPs, as a tool for economic development and social improvement. The description of these countries as "cash starved" labels the condition without defining the cause. Why are they cash-starved and why do they have to adopt policies to offer their cherished citizenship in return for investment?

As I pointed out in my December 2015 article, "all of the Caribbean countries involved with citizenship by investment programmes have come to them by necessity. Poor terms of trade, vulnerability to financial down-turns in North America and Europe from where most of their tourists come, declining aid, persistent natural disasters and no access to concessional financing from international financial institutions, have forced them to be creative in raising revenues. They are all faced with fiscal deficits, high debt and an international environment that is unresponsive to their predicament".

If the international community provided transformative means to address the development needs of these countries and their increasing vulnerability to external shocks such as unrelenting and persistent hurricanes and events like the 2008 global financial crisis, which began in the US, they would not have to resort to offering citizenship in return for investment.

"60 minutes" was less than fair in failing to point out that many of the governments of these countries are running a rigorous programme of scrutiny of CIP recipients precisely because they are conscious of their responsibility to other countries. In the case of Antigua and Barbuda, Prime Minister Browne made it clear that his government is interested only in high worth individuals – the 'crème de la crème, as he put it - who can pass the most stringent security checks.

"60 minutes" was also less than fair in not mentioning that many other countries operate programmes under which citizenship is offered in return for investment – among them the US (SA EB-5 Visa Program). There is nothing intrinsically wrong with citizenship by investment programmes or with their merit as a development tool; it is the rigour of their implementation that is important. And it is such rigour upon which all countries should insist.

If the stricture becomes that developing countries should not operate CIPs, an international double standard is created by which small and weak countries are again disadvantaged by the powerful.