Patience pays off for Taylor as Windies bowl out Black Caps 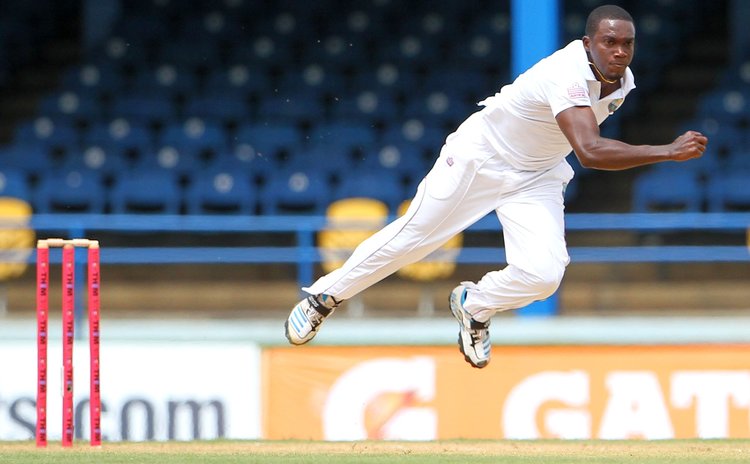 PORT OF SPAIN, Trinidad – Jerome Taylor starred with the ball as West Indies dismissed New Zealand for 221 on the opening day of the second Test match at Queen's Park Oval on Monday.

Following their defeat in the opening match, skipper Denesh Ramdin called for a fightback and the Windies responded brilliantly with the ball after the visitors won the toss and elected to bat first.

Taylor continued his impressive return to the international stage with figures of 17-5-34-4 and was well supported by left-arm spinner Sulieman Benn, who took 3-73 off 28.4 overs. Fast bowler Shannon Gabriel also bowled well to take 2-43.

West Indies will resume on Tuesday morning at 6-1.

Speaking after the day's play Taylor said the key to his success was patience. He added that the presence of fast bowling legend Sir Curtly Ambrose in the dressing room is a major plus.

"It's the kind of pitch that you have to put in something to get something out of it. You have to put in that hard work. After the first session, we went back out knowing that we had to give ourselves a chance to get into the game and just be a bit more patient. It just goes to show that whenever you're patient and you're disciplined it pays off," said the 29-year-old.

"We spoke about how they got away from us in the first session and decided we had to make amends and cut down the run rate and look to get some wickets in between. I think we did a good job.

Taylor added: "In the first game in Jamaica we spoke about the need to be patient as well. The New Zealanders were patient and they pulled off a win...we needed to beat them at that. I think I bowled a bit straighter and a bit fuller that I did in Jamaica and that also helped me. I had the batsmen playing a bit more – which is what you need to do as a fast bowler."

Taylor made the early breakthrough when he had Hamish Rutherford caught at slip by Chris Gayle. He returned to trigger a middle order collapse with three more wickets in the final session – all caught behind the bat – two by Gayle at slip and the other by the keeper. New Zealand slipped from 120-1 to lose their last nine wickets for 101 runs.

"I have been having a lot of talks with Sir Curtly and he is someone that you can learn a lot from in terms of fast bowling. He is passing on a lot of the knowledge and that is something that is vital for us," Taylor said.

"I must give some credit to him, he had done a lot for us in terms of mindset and approach to the game. He continues to stress that in Test cricket you need to be patient with the ball."