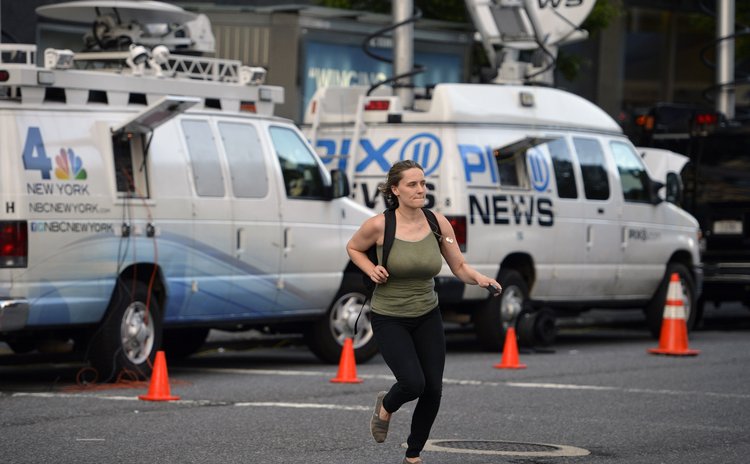 De Blasio urged New Yorkers not to panic, and re-emphasized that Ebola is only transmitted through bodily fluids.

"We want to state at the outset: There is no reason for New Yorkers to be alarmed," de Blasio said.

The patient reportedly worked in Guinea with Doctors Without Borders. He presented a fever and gastrointestinal symptoms and was rushed to Bellevue Hospital Center on Thursday.

As a further precaution, a team of disease detectives have begun to trace all of the patient's contacts to identify anyone who may be at potential risk, said the Health Department of the city.

It said its staff has established protocols to identify, notify, and, if necessary, quarantine any contacts of Ebola cases.

"The chances of the average New Yorker contracting Ebola are extremely slim," said the Health Department. "Ebola is spread by directly touching the bodily fluids of an infected person. You cannot be infected simply by being near someone who has Ebola."

In the New York City region, hospitals and emergency workers have been on alert for the appearance of the virus for months. The city's Health and Hospitals Corporation, which runs 11 public hospitals, has increased training of staff and has also been running drills to ensure that they are ready to react to suspected Ebola cases.