Patrick Henderson on the Ball (Part I)

JUMP BALL No. 103. By Arlington James 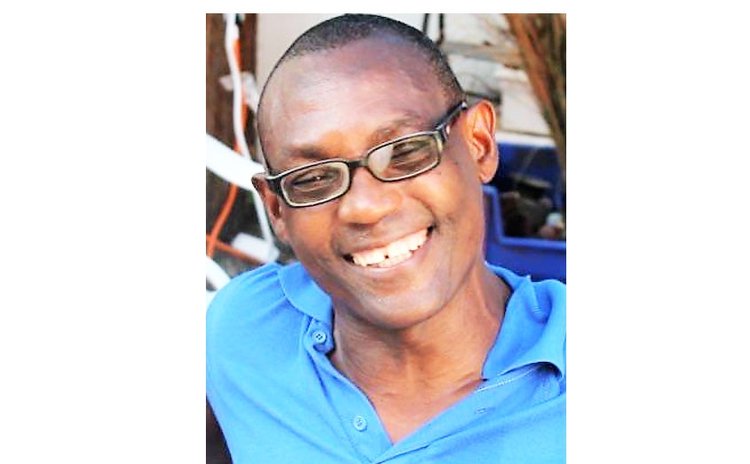 He is a native of Mabouchay, a section of Sout' City, Grand Bay and is affectionately known as 'Jockey'. However, he was christened Patrick Henderson, a man who contributed significantly towards basketball development in his home village and later helped develop the sport elsewhere on the island. And he was not only good as a player but he also coached and served as a basketball administrator.

Jockey has some interesting family ties in basketball that include a brother, a son, two cousins and a nephew. As a co-member of the Pros team, his brother Lambert (now deceased) became well-known among Dominica's basketball fraternity. One of his cousins Arthur 'Titi' Henderson played on Pros after he (Jockey) left the team and his son Brett and another cousin Stephan played on their high school team in Dumont, New Jersey in the United States. Additionally, apart from his involvement in basketball his other hobbies are photography, music and backyard gardening.

So, let's go shoot some 'ball with Jockey, the husband of a former netball player from Marigot, Windith Henderson, the uncle of Cultural Ambassador Michele Henderson, a member of the Siffleur Montagne Chorale, and a former Peace Corps Director for Dominica for 18 years.

His Formative Years: Jockey got involved in competitive basketball as a teenager, at the age of about 14 years-old while attending the St. Mary's Academy where he played on the St. Georges team in the school's Inter-House competitions. Subsequently he debuted in the Dominica Basketball League in 1969 at the age of between 18 and 19 years old.

That year Patrick was the second highest scorer for Nationals in their victory against Dominica Grammar School, scoring a reasonable 18 points. The following year (1969) Nationals was re-assigned to the newly introduced Division II with the restructuring of the league.

1972 was another historic year for Grand Bay basketball with the formation of the famous Bata Pros. Before going down to Roseau to participate in the 'national' league, Pros played a number of invitational/friendly warm-up matches, e.g. against Cardinals, Pistons and other Roseau-based teams, on their home court which was located on the grounds of the St. Patrick's Roman Catholic Church.

Jockey, a founding member of Pros played the double-role of Captain and coach, and in their friendly against Pistons, which they won handsomely 65-40 the trio of Augustus 'Perez' St. Hilaire, Jockey himself, and his brother Lambert 'Lambie' Henderson (now deceased) thrilled the large crowd with their shooting and finished with scores of 22, 19 and 12 points respectively.

Jockey was on Pros' team list when they made their debut in the 'national' basketball arena at Windsor Park in 1973. He and his teammates, Pierre Charles (Deceased), Nicholas Christian (Deceased), Eugene Douglas, Felix Henderson (Deceased), Lambert Henderson (Deceased), Bonti Liverpool, Augustus St. Hilaire, Embert Stowe (Deceased) and Roy Tonge, immediately ruffled the feathers of the Roseau-based teams in the league and theirs soon became one of the household names in our basketball.

Patrick, assisted by his two other 'trio' partners and their other teammates, piloted Pros to emerge runner-up in both the League and Knockout competitions in only their first season 'in town'. Additionally, with his highest individual score ever of 30 Points, he helped Pros register the first century in the national basketball league at the Windsor Park when, in 1969 they mauled SMA Sharks' and extracted their teeth with a mammoth score-line of 106-39 in a Knockout quarter-final encounter.

Some of his personal scores in the 1973 league were 22 Pts versus Raiders, 20 Pts vs St. Mary's Academy Gales and 17 Pts against Cardinals. He also scored 15 Pts in that year's Knockout Finals, which was played against Cardinals.

It should be noted that at the conclusion of the 1973 League competition, Jockey had emerged as the league's 3rd highest aggregate scorer having amassed a total of 190 pts in his 10 games. However, he led the league with the highest game average of 19.0 Pts per game in Division I.