JUMP BALL No 103. By Arlington James 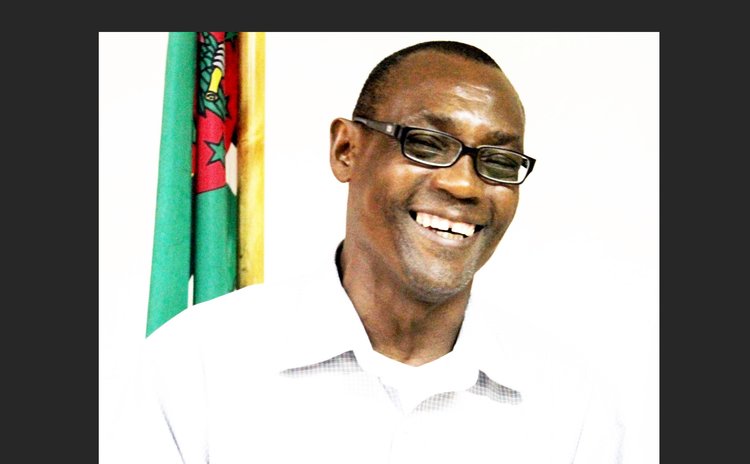 PATRICK HENDERSON - a founding member of Nationals, then Pros

Part I of the article presented on Patrick Henderson's early years in basketball, his basketball family ties, and two of the national league teams that he played with. The article concludes below.

His National League Teams (Ctd): The third team in the national league that Jockey played with was Owls which debuted in 1985. The following year (1986) Jockey, clad in his purple-and-gold colours was still high-scoring, and that season four of his scores in DABA competitions were 18 Pts against Flames, 11 vs Wizards, and 12 and 11 versus his former team, Pros.

In the 'good old days' the DABA regularly organized off-season basketball leagues and one such competition in which Owls participated was in 1987. In that edition Jockey scored 15 of Owls' 62 points while being badly stung by Killer Bees who almost doubled their score with 113 Points.

His On-Court Playing Positions & Most Memorable Shot: Jockey was a very versatile player who, in his own words, "played in all three major positions, i.e. Guard, Forward and Centre, but mainly Guard and Forward."

And when asked about his most memorable shot during his career, he vividly recalled, "It was a game against (can't recall the opponents' name at the moment) in which I went up for an offensive rebound, got it but fell to the ground with the ball. Being aware that I was in the three-seconds zone ('key') and left open I shot, and scored, whilst lying on my back." Yes. That was a shot!

His Favourite Opponents: The team that Jockey enjoyed playing against the most was the legendary Cardinals. He remarked, "They were a very good team that gave us a good challenge. I always felt that given that they were more experienced than us at the time, we could learn some things from their competitiveness." And he helped Pros temporarily unseat Cardinals from the position of dominance that they held in the national league.

Wearing National Colours: Patrick represented Dominica on the National Basketball Team for one year when the team made a tour to Martinique.

Coach Henderson: As noted earlier, Patrick Henderson coached Bata Pros in their formative years, beginning in 1972, and guided the team to secure runner-up positions in both League and Knockout competitions in their first year at Windsor Park.

He later was the man calling the plays with the Marigot team in the REBOC (Rural Eastern Basketball Organising Committee) and Marigot-Wesley Leagues from 1991-1993.

In 1993 Henderson was appointed Coach of the All-East Team which was selected from the REBOC League to compete in the DABA national league. Unfortunately, for various reasons that team never took to the court and so Henderson was unable to continue displaying his coaching skills.

Not to be gender-biased, Jockey also coached BJ Nets - Marigot's first women's team, who played against all-male teams in the Wesley-Marigot league, the national league and in friendlies against Bense.

Patrick the Administrator: Apart from playing and coaching Patrick also devoted some of his energies towards basketball administration and serving as a league organizer.

He served two stints on the Dominica Amateur Basketball Association Executive: firstly, as one of the Association's Committee Members in the mid-1980s, and later as DABA's Vice-President in the mid-1990s.

In terms of organizing basketball outside of the DABA, Patrick was one of the stalwarts of the REBOC League, of the Eastern Rural Basketball Invitational Tournament which was played off in La Plaine, and Chairman of the organizing committee for the Marigot/Wesley Basketball League. These competitions all took place in the early 1990s.

Constructing Basketball Facilities: Besides handling and shooting the basketball, as well as playing an administrative role in the sport, Jockey also assisted in the construction of no less than three basketball courts on Dominica. These were: Grand Bay's first basketball court in the early '70s, on the grounds of the Catholic Church; then the court on the compound of the W. S. Stevens Primary School in Weirs, Marigot; and thirdly, the court at Ma Tutu's Park in Grand Bay.

Henderson's Advice to Young Players: Jockey wishes to share these words of advice to young players: "Learn the basics of the game before trying to be like a pro. All good players go through the basics. Watch college basketball on television instead of professional 'ball if you want to understand the basics."

Remarks: Jump Ball wishes Jockey all the best in his retirement from the sport and from his career, and thanks him for some of the information presented in the article. Statistical and other information obtained from archived newspapers.