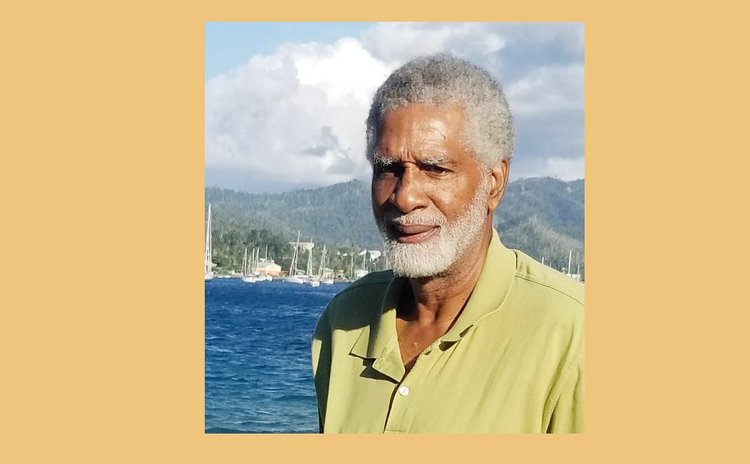 Part I of the article presented Patrick's progression from Citylites to Argaunauts, to Concords, then Cardinals. The article concludes below.

During the 1980s Pembo played more of a rebounding role on Cardinals, grabbing those defensive boards and dishing out to their younger Guards for the team's signature fast-break move.

However, occasionally, with his signature "rainbow shot" he would still emerge a high-scorer. For example, in 1983 he sank 16 Pts in a 69-62 victory against Wizards and in June 1986, Pembo's 20th year in competitive basketball, he netted 12 Pts in Cardinals' 91-47 extinguishing of the cold Flames that night.

By 1987 Cardinals were described as 'a new outfit' though having a lot of history behind them, with 'old stagers' Pat Pemberton and 'Kiwi' Thomas leaving the fray to the younger generation of players.

Pemberton's most memorable game was one he played against Harks while on Cardinals. Harks had led by 20 - 30 Pts at the interval but in the second half Cardinals in a dramatic come-back blew-out Harks. But overall, the team that he enjoyed playing against the most was Pros on account of the latter's competitive nature.

Pembo then took a break from competitive basketball, but returned in the early- to mid-1990s together with a few former Cardinals players and other former top players in the National League to form Pioneers.

Pembo helped Pioneers win the 1994 Intermediate Division Knock-Out Championship in their short lifespan and, interestingly, one of the teams that they defeated (82-63) in 1998 was Barbados Fire & Commercial Cardinals, the juniors of the once mighty Caroni, then Cash n' Carry, and finally DCP Cardinals.

The 1990s Pioneers stepped off the court at the end of the 1999 season, and so too did Pembo. Manager & Coach Pembo: During the 1980s Pemberton extended his contribution to the development of Dominica's basketball from simply being a player to managing and coaching Dominica's Senior National Basketball Team on different occasions.

In 1987 he was appointed manager of Dominica's team for the 4th OECS Basketball Tournament which was staged in St. Kitts. Dominica placed a disappointing 4th out of the six teams in that tournament.

In terms of coaching, Pembo performed two short stints as Head Coach of Dominica's National Team. In 1984 he served in that capacity for the inaugural OECS Basketball Tournament here, and earlier that year in a tournament in Guadeloupe.

Subsequently in 1988 he was the one "calling the shots" with Dominica's team in the 5th OECS Tournament in St. Lucia where Dominica was pulled from successively disappointing positions in the two previous editions of the tournament up to a respectable 2nd place.

No-nonsense Pembo recalls during the Tourney in St. Lucia sending in a fresh five to continue a match after Dominica had been trailing at the interval. And once again that sparkle came to his eyes when he related, "Of course the team won that game handsomely."

He also coached the National Team in 1989 for the 6th OECS Tournament which was staged here; Dominica placed third.

Pembo In Fund-Raising Initiative: Pemberton also contributed to a major fund-raising venture of the Dominica Amateur Basketball Association (DABA). In May 1974 DABA staged a Marathon Basketball Match where the sizes of the competing teams (Red, White) were unlimited. Pembo scored 100 of White's 955 Points in that all-day Sunday affair. Some participants in that match had secured sponsorship based on the number of points scored.

Pembo & DCP Cardinals' Sponsorship: During the period while Pembo played with Cardinals he used his 'connections' with his employers, Dominica Coconut Products (DCP), to secure sponsorship for his team. That arrangement extended from 1985 through 2004 when DCP Cardinals scored their final basket. At the time Pemberton was DCP's Accountant and although he has since retired he currently provides consultancy services to the company.

Pembo's Other Passion: Apart from basketball Pembo is well known on Dominica's music scene. In fact, during and after his basketball days he thrilled audiences as the lead guitarist of Shadows, followed by D-Boys & Dem, and subsequently Swingin' Stars bands for several years.

Remarks: Pemberton notes that he sometimes played the full 40 minutes of a basketball game, and any excuse that he got to play he would take to the court.

He misses the game and disclosed that he would have played competitively for much longer had it not been for a physical injury he sustained.

Jump Ball notes with interest that while Pembo is no longer involved with crashing backboards, he currently serves on several professional Boards, still contributing towards national development.