Patrick Pemberton to CCCUL scholarship winners: Develop relationships, nothing is as hard as it seems 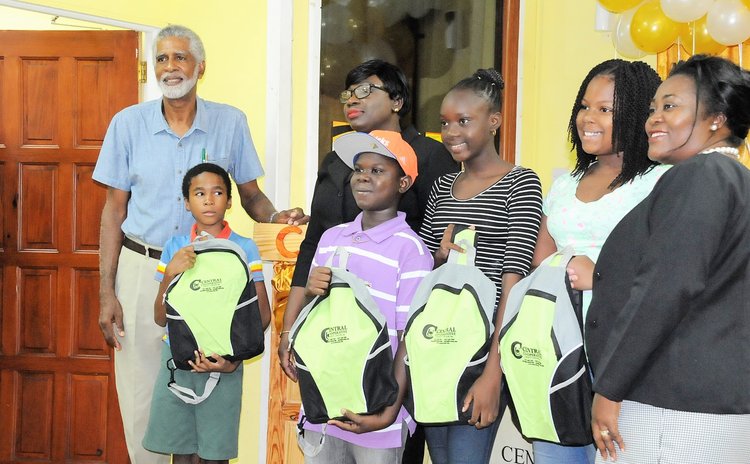 Patrick Pemberton, the seven-foot president of the Central Co-operative Credit Union Ltd believes few things are as difficult as they originally appeared.

Addressing a short ceremony last week at the CCCUL building at Goodwill to award scholarships to four secondary school students, Pemberton said that is one of the many things that he has learnt in his life.

"Every time you have a project to do there's something difficult about it and you'll be surprised to know that when you get into the project you will realise 'it was not as difficult as I thought it was'", Pemberton said.

He also advised the CCCUL scholarship winners that although they must concentrate on their studies, there are other important aspects of their school lives.

"When you get as old as me you will realise academics is not everything," Pemberton said. "You can get 12 Ones and you may still not a person that people like because you did not pay attention to socializing and friendship to people around you… do remember to develop relationships with people around you starting with the people at home."

The CCCUL is a 2007 amalgamation of the Portsmouth Credit Union and the St. Alphonsus Credit Union.

The Central Co-operative Credit Union Ltd Secondary Schools Scholarship Programme began in 2010 and although 2018 would have been a difficult year financially, Pemberton said cancelling the scholarship programme was not considered.