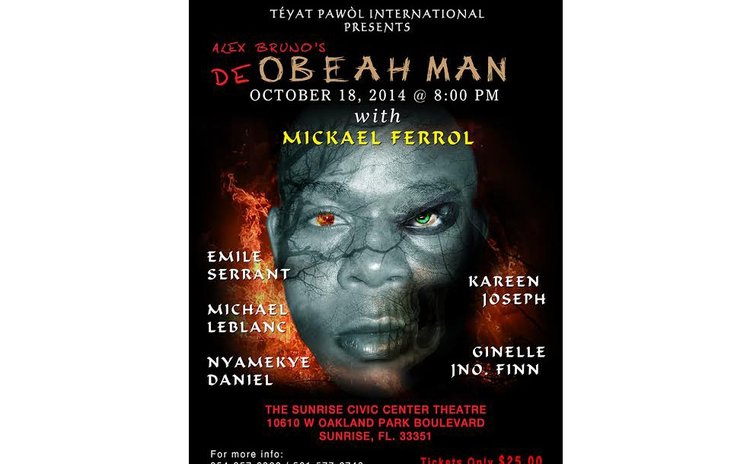 "The Obeah Man is a comedic drama which examines one of the Caribbean's folkloric arts (Obeah) in an unconventional way," director Alex Bruno said. "We believe that the play is well balanced and that patrons will have moments of reflection during and after the production. Our play, by no means, is a glorification of Obeah; it is, in fact, a responsible look at the issues surrounding it."