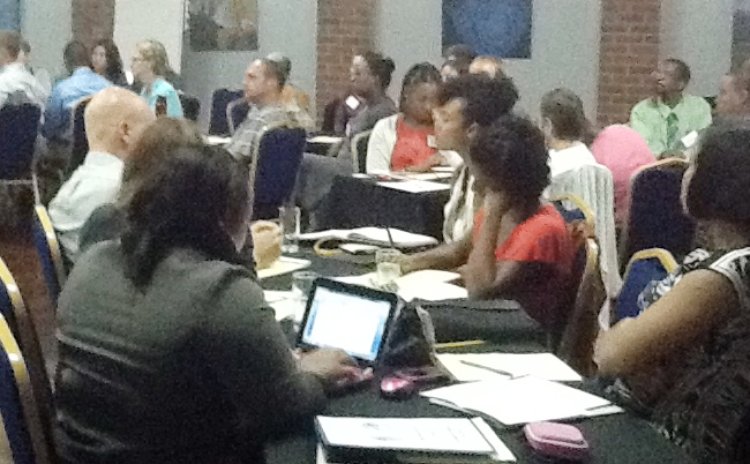 Gloria Shillingford, the Minister for Social Services and Gender Affairs has given strong support to a two-day workshop held at the Fort Young Hotel last week. The workshop, attended by local and regional Peace Corps Volunteers focused on the theme: Gender Based Violence and HIV: Changing Gender Norms and Roles on Violence.

Delivering the keynote address at the workshop, Shillingford said "the connection between gender based violence and HIV has taken on great significance in recent years."

"Data from the World Health Organization (WHO) indicates that violence increase the risk of HIV and other infections by 50 percent. This issue must therefore be addressed nationally, at all levels including policy and decision making," she said.

She added that in Dominica the tendency is to associate gender-based violence with women. The workshop is sponsored by the Peace Corps Eastern Caribbean and was attended by 47 Peace Corps volunteers. The objective was to discuss what it means to be a girl or woman and boy or man in the Eastern Caribbean and to define and discuss gender-based violence and understand the link with HIV/AIDS. The workshop was facilitated by Jamaican based US-born Hilary Nicholson. Participants came from Dominica. St. Lucia, Antigua, Barbados and St. Vincent.

Nicholson called on participants to assist in spreading the word in order to remove the stigma and violence which is being perpetrated among person infected with HIV/AIDS and the associated gender-based violence.

The workshop which was held at the Fort Young Hotel was organised by the Peace Corps Eastern Caribbean with funding from the resident's Emergency Plan for AIDS Relief (PEPFAR).