JUMP BALL No. XXVII (Segment A). By Arlington James 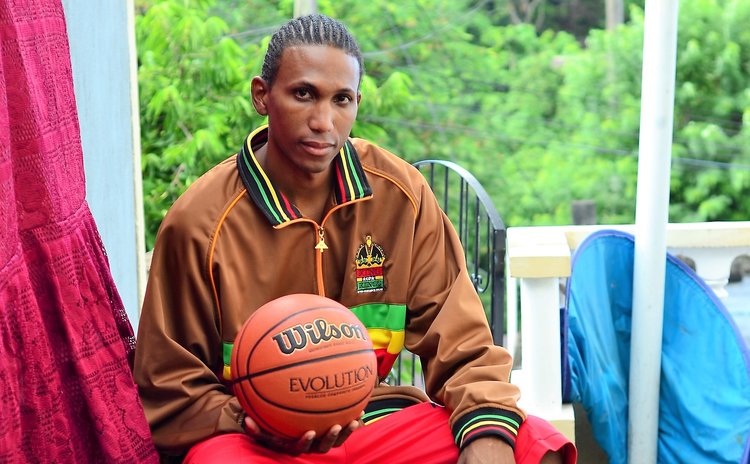 Sports packages are an integral feature of the news in radio and television programming, and listeners and viewers often eagerly await updates on the performances of their favourite teams or personalities, in a wide variety of sporting disciplines.

We look out for updates ranging from tennis to rounders; from track & field to cricket; and from football to basketball and so many other disciplines at the international, regional and local levels. Newspapers and the Internet also provide much sought-after coverage or commentaries on our favourite sporting events.

Furthermore, on the local scene we are occasionally treated to live radio and television broadcasts of selected sporting events in football, cricket and basketball.

Dominica's corps of media workers comprises a cadre of men and women who are dedicated to the profession and among them are some who were or who are currently associated with the sport of basketball.

Let us meet some of those local "media-basketballers" who penned the articles, stories and sports reports; spoke into the on-air microphones; operated the cameras; or did the video-editing.

ISHMAEL LEWIS: Ishmael has been described as one of those "men (who) have been bringing you news, in living colour, on television, right into your living room" ('Meet the Men Behind the News Cameras'; THE SUN newspaper, 18th December 2017).

Ishmael has been working as a television camera man with MARPIN TV, now MARPIN 2K4, for almost two decades. Among his many assignments – which includes coverage of sporting events, basketball included, Ishmael trekked over some rough terrain in Dominica's interior in order to obtain footage of the Boiling Lake after it had temporarily stopped boiling, gone cold and partially drained off in November 2016.

On the basketball court Ishmael played as a Power Forward, and occasionally Centre, in four different leagues. He debuted with St Mary's Academy in the Sports Division Schools' League in the 1990s. Subsequently, he played with Spartans in the 3rd level division of the national league in the early 2000s.

Ishmael, who is about 6' 2", also played in two "Off-Season" leagues in the early 2000s, with Kings Hill in the Roseau Improvement Committee (RIC) League followed by Bebe's Kids in Massacre's Basketball League.

MARCELLUS "TI-LING" LEE: Marcellus, a.k.a. "Ti-Ling", has been involved with the media over a period spanning three and a half decades now, although his involvement has not been continuous. He started off as a News & Sports Reporter with DBS Radio for one year (1981-1982). Fifteen years later he took up a similar position with Kairi FM, from 1997 to 1999.

Ti-Ling migrated to Nevis in 2000, and since then has held the position of Senior News Editor at Voice of Nevis (VON) Radio.

Turning from the news desk towards the basketball court, Ti-Ling has had a fairly impressive "stats sheet". He first played competitive basketball with Dominica Grammar School in the Junior Division of the national league in the mid-1970s. He was quick to remind the Jump Ball columnist that the latter was his first basketball coach.

Upon leaving school Ti-Ling joined Ambassadors, and a few years later he became a founding member of J.K. Eagles. As a Point Guard Ti-Ling was selected to a national setup in 1977 to play against Antigua & Barbuda, and was selected on the Senior National Team in 1985 and 1986 for the OECS Championships.

As a member of Eagles, Ti-Ling also represented Dominica in the first OECS Champion-of-Champion Clubs Tournament here in Dominica in 1987. It was in that tournament that he hit his highest individual score in his career, when he sank a healthy 27 points against Skillville of Antigua.

At the community level, Ti-Ling played with Steber Street in the two editions of the Pottersville Basketball League (1987, 1988). Furthermore, Ti-Ling was a member of DBS Dream Team when they defeated Pioneers 61-59 in the 1997/98 DABA Season Pre-Launch.

Marcellus also served as Physical Education (Sports) Teacher at the Dominica Grammar School, which included basketball on their sports programme.

Besides playing, Ti Ling has been involved in other aspects of the sport at both club and national levels. He formed and coached Hoyas "Junior" (in Division III), followed by the senior Hoyas team. He also served as Assistant Coach to the Dominica National Team in 1989 and 1990, and then as Head Coach from 1992 through 1996. His most recent coaching stint was with a Division I team in Nevis where he resides.

Ti-Ling also officiated in the national league and in the Pottersville League, and served on the Executive of the Dominica Amateur Basketball Association for 15 years, as Secretary and Treasurer.