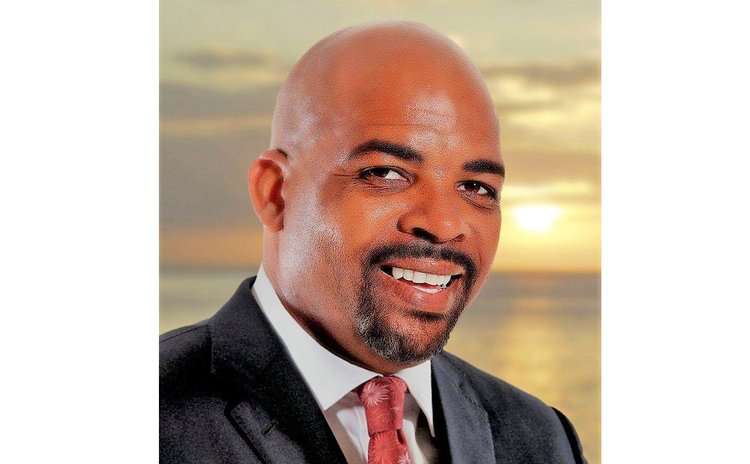 Brian also served as a Sportscaster, hosted Cricket Plus, and was the second host of the popular sports programme, "Off The Field" on DBS Radio. Interestingly, one of his guests on the latter programme in 2013 or 2014 was none other than Dominica's current Prime Minister, Hon. Dr. Roosevelt Skerrit.

He also produced some very interesting sports-related radio commentaries, as well as commentaries on local calypso and the World Creole Music Festival. In addition, Brian did live commentaries on basketball matches in the Roseau Valley and Pointe Michel Leagues.

Brian's contributions to sports development as a reporter did not go unnoticed, as he captured the prestigious Sports Reporter of The Year Award on an enviable six (6) occasions; that feat is yet to be broken or equalled.

Turning away from the mic and onto the basketball court, Brian, who was described as a very energetic player, had a multi-station basketball "journey". This began when he moved to Fond Canie, part of the home-base of Fond Canie Rebels, Jaws Cream Shutters, Prowlers and other such teams.

Brian first played competitive basketball with St. Mary's Academy in the first two (1987, 1988) editions of the Sports Division Under-19 Schools' League and assisted his team win "back-to-back" championship titles. In 1988 he was drafted to Cardinals, with whom he played for a few years until he moved over to Wolverines; both teams competed in the league's top division.

Note that Brian played in both the national league and the Schools' League simultaneously, i.e. with St. Mary's Academy then Clifton Dupigny Community College in the 1988 and 1989 Schools Leagues, while playing with Cardinals from 1988. In 1989 he was a specialist basketball player on Dominica's team at the Windward Islands Inter-Schools Games, held in Grenada; he also gained selection to the Dominica National Youth Basketball Team.

Besides contributing to the development of the sport as a player, Brian also did a short stint coaching Mahaut's team in the national league in 2003.

Multi-talented Brian officiated at national league games - albeit briefly - and in the Schools League, and served on the Executive of the Dominica Amateur Basketball Association as a Committee Member.

Charles, who is better known as "Charlie", has been a media personality for several years. Currently he is the Editor of The Sun Newspaper – in which Jump Ball is published.

Prior to the "arrival" of The Sun, Charlie served as Editor of The Independent newspaper in the 1990s.

Charlie has also been associated with radio, having served as Manager of DBS Radio for some time before branching off into print media.

Under the floodlights, Charlie played firstly with Raiders in the 1970s, and subsequently with the record-setting Cardinals; both teams competed in the top Division of the national league.

Charlie played in the position of Guard and was a jump-shot specialist around the "key" or restricted area.

Ashton began his career in the local media as a freelance journalist initially with The New Chronicle, followed by Tropical Star, then The Independent newspaper in the 1980s and 1990s.

In the early days of local television programming on Dominica, Ashton and a few associates produced documentaries for Channel 13, prior to the arrival of MARPIN TV and later SAT Telecoms. He was the cameraman on the team.

Currently, Ashton is an Information Assistant and Cameraman with Government Information Service (GIS). Following Tropical Storm Erika's "water-battering" of Dominica in 2015, he posted hundreds of photographic images of the devastation caused by that storm on social media.

Under the basket, Ashton first played competitive basketball with Magic Touch in the Intermediate Division of the national league. Next, he stepped up to the senior division and played with three teams before retiring. He started with Flames I, then moved to Wolverines I with the formation of that team which hailed from Bath Estate, his home town. His final jump shot was taken with Clouds I, from Goodwill. All four teams have long exited the basketball arena.

It must be noted that Basketball "runs" in Ashton's family as his daughter Ajanae plays high school basketball with Oriental Academy basketball team in Boston, Massachusetts, in the United States of America.