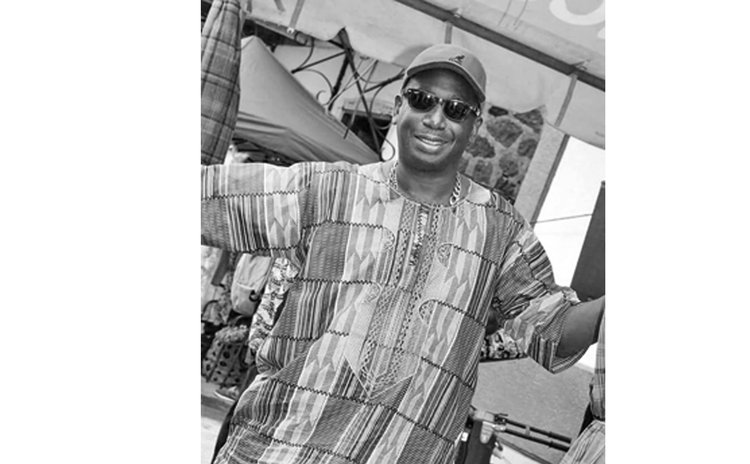 André, a dairy farmer from Soufriere, is known by many of his customers as "Milk Man". Away from the cows and the farm, André had quite an interesting affiliation with DBS Radio, having hosted the weekly "Sunday Showcase" as well as other programmes such as "Country Time", "Soul Express", "Jazz Gold", "Positively Dominica", and a history programme called "Know Thyself".

In addition, André occasionally sat in for Leroy 'Wadix' Charles on "Cadence-Zouk Spectacular", and for Ted Dailey on "Drive Time".

With his knowledge of basketball, André also commentated at National League Finals played at Windsor Park, Massacre, and Lindo Park in Goodwill.

Grabbing the rebounds, André is considered one of the pioneers of the sport of basketball in the fishing village of Soufriere, which is known for its warm, mineral springs and "bubbling beach". He was a founding member of Hillsborough 79ers, the first basketball team to emerge from the Soufriere area; they played in the Junior Division of the national league.

André also helped organise basketball in the twin-villages of Soufriere-Scott's Head, which went on to produce other teams such as Aloe Clippers, Aloe Pops, Bengals, Cowboyz, Venoms, Flash, Champs and Sharks which competed at different levels in the league.

André also served as a basketball referee, and as Vice-President of the Dominica Basketball Officials Association for one term.

He is the proud recipient of an award from the Ministry responsible for Sports, for his efforts at pioneering the game of basketball in the Soufriere Constituency.

Leroy "Wadix" Charles is one of those individuals who have been associated with the local media for over two decades now.

Leroy is also involved in marketing and promotion, produces radio commercials, and serves as the Public Relations Officer for the World Creole Music Festival.

Putting away the mic and donning the basketball jersey, Wadix played with three teams in the national league, debuting with St. Mary's Academy in the Intermediate Division.

Subsequently, due to some circumstances, Wadix and a few other students/basketball players from St. Mary's Academy formed a team that competed in the national league's top division, even while they were still attending SMA. That team also played in invitational matches in Antigua and Martinique.

Upon graduating from SMA, Wadix joined Bulls, a Roseau-based team that played in the national league's Intermediate Division.

Wadix was also a member of the popular DBS Dream Team.

Arlington has had a "connection" with the local media for several years. It began when he read poems on DBS Radio on a weekly Sunday-evening programme that was hosted by Royston Ellis several years ago. Next, he hosted Conservation, the weekly radio programme of the Forestry, Wildlife & Parks Division for a few months while he worked as a Forestry Officer.

On a different note, in the early 1990s clips of Arlington's voice were often used by DBS Sports Reporter Curtis Matthew in the latter's stories on local basketball, in DBS Radio's Sports News packages.

Currently, Arlington produces the Jump Ball column which is published in The Sun newspaper.

On the Free-Throw line, Arlington first played competitive basketball in the national league with Dominica Grammar School, in Division I. After leaving school he became a founding member of the original Raiders (from Roseau). A few years later he played with Ambassadors, and subsequently Green City, all in Division I.

Arlington also played with DBS Dream Team, and during the first of the two gaps in his playing in the national league he played on the first Eastern Caribbean Institute of Agriculture & Forestry (ECIAF) basketball team in the Arima League, Trinidad.

Quite apart from playing, Arlington was a basketball referee for over a decade, and Secretary-Treasurer of the Dominica Basketball Officials Association from 1987 to 1998.

During that time, he officiated in the 1994 OECS Champion-of-Champions Tournament (in Dominica), and served on the Technical Committee for the 1997 Windward Islands Basketball Tournament.

Arlington also served on the Executive of the Dominica Amateur Basketball Association on three stints - twice as Committee Member and once as Secretary.