People of the Kalinago Territory, you will get the Chief you deserve 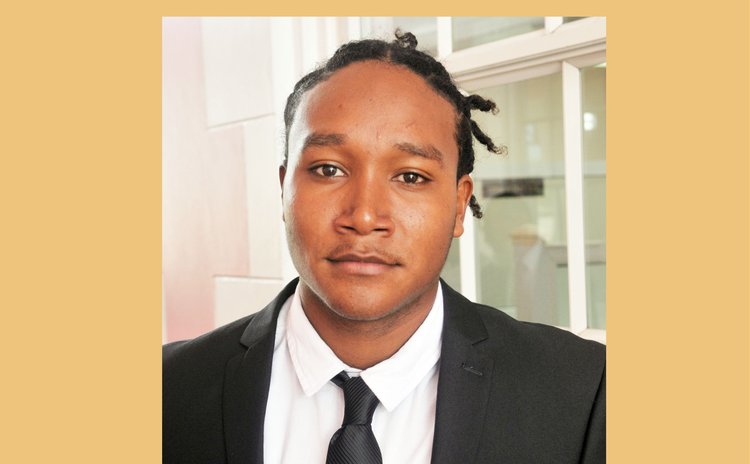 As the people of the Kalinago Territory walk to the polls next week, Monday 22nd July 2019, to elect a new Kalinago chief, the residents of this unique area must remember that they will, ultimately, get the chief that they deserve. There's no doubt about it: Good chief or bad choice of chief, the decision is all in your hands.

Similarly, the choice of government, at the upcoming general elections, is in the hands of all Dominicans, including the Kalinagos; so don't complain that the government is corrupt, after you elected it, as Sugar Aloes, the Trinidadian calypsonian, sang in 2001 in "Ah plead de fifth". But we digress a little.

In 2019 the people of the Kalinago Territory have many potential chiefs to choose from: Annette Sanford, Lorenzo Sanford, Charles Williams, Elvis Francis, Irvince Auguiste and Jumardine Fredrick.

Undoubtedly, they will all agree that the Kalinago has been severely neglected for decades. "We are not fully satisfied with where we are".

This is a simple but profound statement about living conditions in the Kalinago Territory, expressed by the Kalinagos themselves. It is taken from a magazine, published in 2003 by the Carib Territory Communication Group, which focused on Kalinago artistes' concepts of life in the land of our indigenous people. We believe Dominicans should also be dissatisfied with the standard of living of the Kalinago and our government and people should pledge to correct that situation within the shortest period. We suggest that Government declares a decade of the Kalinagos during which Dominica make all efforts at reaching specific measurable goals in relation to reduction in poverty and unemployment as well as growth in education, tourism, agriculture, infrastructure, health and other social issues.

The late President Dr. N.J.O Liverpool alluded to the need for such a commitment in his address to the United Nations General Assembly about a decade ago. In his speech, President Liverpool added that central to Dominica's development thrust is a particular focus on the advancement of the indigenous people. He added: "The Government of the Commonwealth of Dominica continues to undertake important initiatives to improve social development for our indigenous Kalinago people."

But these proved to be empty statements, mere words and no action. In spite of President Liverpool's assurances, the fact is all governments, from Oliver Leblanc's to Roosevelt Skerrit's, have claimed that they have taken "important initiatives" to raise the standard of living of the Kalinago people. Yet that area remains one of the poorest in Dominica because all the so-called "important initiatives" have failed.

Another report, published by the Christian Children's Fund three years earlier, painted an even grimmer picture. "There has been a rapid deterioration in the standard of living among all Carib people," the CCF report categorically stated. "In Dominica, in particular, the Carib Territory is one of the poorest and most neglected areas, with no running water in about 75 percent of the area, high unemployment rate, poor educational facilities and poor quality nutrition." The CCF report added that about 70 percent of the houses were in dilapidated conditions and many were "infested with rodents, bugs, cockroaches and other insects creating unhygienic conditions which contribute to serious asthma attacks and other related respiratory and health illnesses".

But do not misunderstand us. We did not refer to these sordid statistics of the living conditions in the Kalinago Territory to disparage them. Rather our desire is to stress that the Kalinago Territory has been severely neglected by all the governments of Dominica. They have failed to translate their so-called "love" for the indigenous people into concrete programmes that would lift the Kalinagos out of their abject poverty. Remember Prime Minister Skerrit's over-stated love statement for the Kalinago people that he delivered at a rally in the Territory during the 2014 general election campaign? Undoubtedly, the Kalinagos wait for him to translate that love into action and undoubtedly the politicians will repeat these sentiments in 2019.

But few people will dispute the fact that the Kalinago Territory, based on its physical and cultural endowments, should be one Dominica's most prosperous communities. The potential for nature and cultural tourism is tremendous. But the Discover Dominica Authority seems handicapped and today visitors are becoming increasingly disappointed with the sights and sounds of the Kalinago Territory

Charles Williams, the current Chief, said a few years ago that there was nothing new to see in the area. There was some hope that the so-called Kalinago Cultural Village, named the Kalinago Barana Aute, would have provided that that much-needed fillip to tourism in the Territory. Nevertheless, it took 20 years from conceptualization to construction to completion of a project that has not lived up to expectations.

Given the fact that the Kalinagos live on 2,700 acres of the most fertile lands in Dominica one would expect the area to be the food basket of not only Dominica but the rest of the Caribbean. When banana was green gold and the Dominica Coconut Products Company bought copra by the hundreds of tons, the Kalinago people had the potential to feed, clothe and house themselves. But with the demise of the banana industry and the slow decline of coconuts by diseases and foreign competition, the Kalinago territory is in deeper trouble. Now, the last hurricane has destroyed almost everything except hope.

We believe that now is the time for atonement. The government and people of Dominica may wish to follow the example of Australian Prime Minister Kevin Rudd who, in 2008, issued a national apology to the Aborigines for injustices over two centuries. Government must likewise apologize to the Kalinagos for ignoring their development for decades. The point we need to stress is that the new Kalinago chief and the to-be-elected parliamentary representative must pledge to work together with the Kalinago people to transform the Territory within the next decade.

The time for action was yesterday.