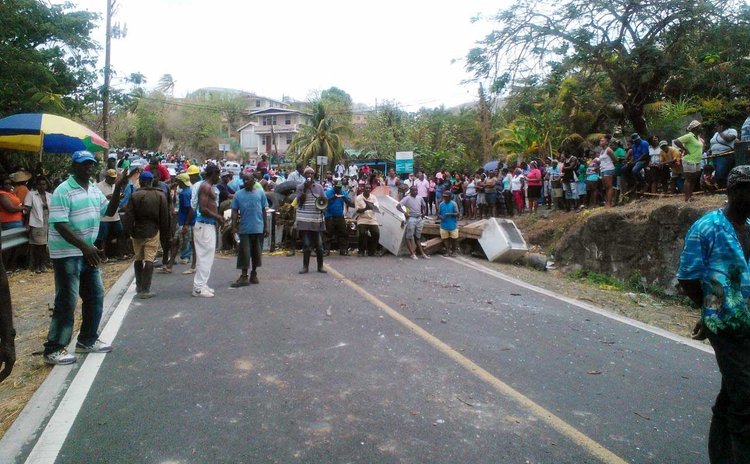 Dozens of villagers of the west coast village of Salisbury blocked the Edward Oliver Leblanc highway this morning to protest the poor condition of farm roads in the area.

The protests started early this morning and continue at the moment as police officers, armed with guns, are attempting to quell the demonstration.

Hector John, the parliamentary representative said he was "jacked" (pushed forcefully) by a senior police officer as he and other villagers took part in what he called "a peaceful protest". John said the people have decided that they will not move and had had enough of unfulfilled promises from the Government.

But Prime Minister Roosevelt Skerrit told state-owned DBS radio that members of the opposition United Workers Party (UWP) are encouraging their supporters to break the law.

He said his government has made plans to repair the Salisbury feeder roads and that he visited the area recently.

He added that repair work will begin on the road shortly but that financing from the European Union has been delayed.

Skerrit said the protest was "pure partisan politics" and his government will "not allow lawlessness in the country."

Salisbury is one of six constituencies that the UWP won at the December 2014 general election that the Skerrit –led Dominica Labour Party won 15 seats to six.