Government and Gene Pestaina, the former Director of Public Prosecution, have not settled their differences 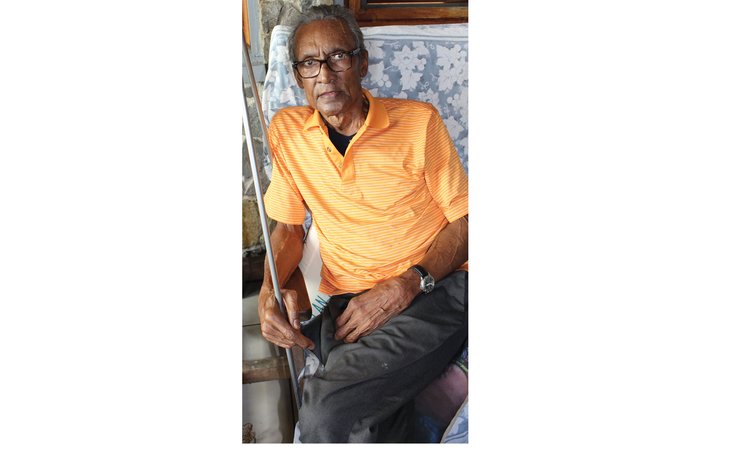 Gene Pestaina, the cancer-ailing former Director of Public Prosecutions (DPP) is still waiting for the Government of Dominica to pay his gratuity and pension that, he says, the government owes.

However, government officials, including the attorney general and the minister of national security, have insisted that Pestaina is not due these payments, legally, but the Roosevelt Skerrit cabinet may consider some form of humanitarian assistance. That was five months ago.

Nevertheless, it seems, based on the statements from the two parties, that communication has broken down.

For instance Pestaina told the Sun last week that he is "just waiting and waiting, nothing has changed".

"I have extended my patience," he said. "I am looking forward to the powers that be to tell me something".

But Levi Peter, the attorney general, also said last week that he is open to further discussions with Pestaina or his representatives but they "must engage in sensible conversation".

"As far as I am aware, the position is still the same since I gave a public statement to the media and so government's position hasn't changed as it relates to the legality of the matter," Peter said. "I am open to discussing things once the people engage in a sensible conversation and we all respect each other's views and see where we go. We may or may not concur but as long as we can maintain a respectful discuss then I am fine with that."

But listen to former DPP.

"I am frustrated and don't know what else to do and where to turn. I would like to suggest to the powers that be for us to meet…my non- contentious approach is key. Let's meet with the attorney general or anyone that the government so designate to deal with the matter once and for all. If not then I will have to move from non-contentious to contentious. To say that I am broke is an understatement…you need to pay people before you can receive the medical services that you require," Pestaina said.

"I have given my services to the State of Dominica over a period of 46 years…I have never worked at Astaphans, Nassief or anywhere else. So if you were to say that I don't qualify because I gave 19 years in a certain department instead of giving 20 years, it is the government who promoted me. How could 46 years be allowed to go un-noticed?" he asked.

Maybe someone should volunteer to mediate.