Petroleum retailers: "The ball is now in the government court"

Few gas stations join as trike on Friday, others say they may follow 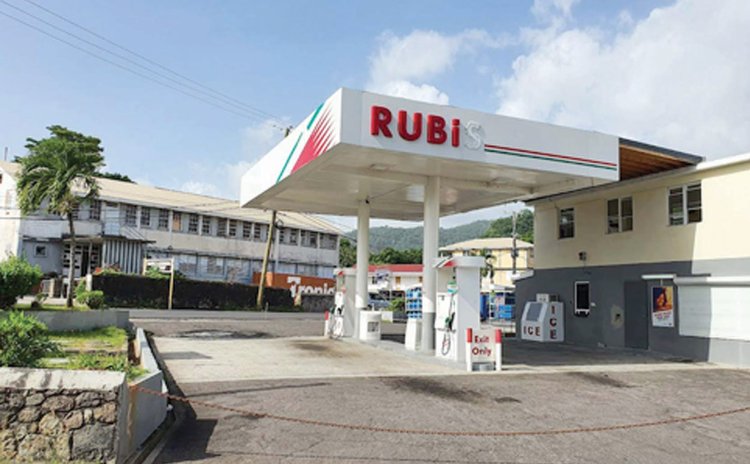 The pressure is now on the Government of Dominica to decide whether or not the petroleum company Rubis West Indies Limited stays or goes now that many of their service stations have withdrawn their service from the public.

On Friday and Saturday scores of vehicles lined up at other petrol stations in and outside of the city of Roseau as word had gone around that the gas stations were going on strike.

The Association of Fuel Retailers in Dominica confirmed the news in a press release, advising the general public that it will cease operations from September 3, 2021, at 1:00 p.m. until further notice.

"The members have engaged the Ministry of Trade since July 23, 2021, in an effort to avoid the collapse of this critical industry," a statement from the Association said. "We further notified the Ministry of Trade on August 24, 2021, that our collapse was imminent and being an industry which is fully controlled and regulated by the Government, that intervention was critical and should be done with a matter of urgency," the release stated.

The fuel retailers cited the Ministry of Trade's inability to provide a timeframe for the resolution of the issue and the failure of the government to honour a 2014 agreement to hold yearly reviews with the Retailers Association.

"The members have weathered significant financial strain since, and especially from the beginning of this pandemic, with fuel volumes, depressed, costs increasing and margins, controlled by the government, immovable," the association said.

While noting the importance of the minimum wage in Dominica, the association stressed, however, that the entire impact needed to be analyzed as to the ripple effects on the productive sectors and how they could be mitigated and remedied.

"This impact is particularly acute in the fuel sector where margins are very low," the press release stated. "The fuel retailers of Dominica can no longer sustain their operations, pay their workers, and secure their stations without a clear process of recovering those costs through their operations which are entirely government-mandated, in price, profit, operations, safety, human resource, and security costs."

The association expressed its interest in continuing to serve the public on the condition that it can do so cost-effectively.

At least seven of the nine Rubis gas stations have discontinued their service and one independent retailer has also followed suit.

When contacted for comment, one of the general managers stated to the Sun, "unless we don't take action we understand that nothing will be done. The prime minister has made it clear that he can survive without us but let's see how true that statement is. The ball is now in his court to decide when we reopen to the public."

Other service stations such McMillian, National Petroleum (NP), and West Indies Oil remained open during the strike but say they are also burdened by the economic challenges.

"The only reason why I didn't shut down is that I know the impact this will have on the entire country, so I chose to put country first, but I am telling you if the government doesn't assist us the rest of us will have no choice but to do the same," a retailer anonymously told the Sun.

The issue gained public attention last month when the contents of a letter dated August 16, 2021, sent to members of staff of Rubis West Indies Limited, Dominica informing them of the company's decision to implement lay-offs for three months effective September 16, 2021, was published in the press.

The company attributed its decision to a loss of earnings "for nearly five years" and said it was awaiting word from the Government which could affect the company's future on the island.

In response, a seemingly nonchalant prime minister Roosevelt Skerrit speaking about the possibility of a shutdown said that his government will use funds from the Treasury of Dominica to import petroleum products as he believes the company is seeking to extort money from the country.

According to the finance minister, the petroleum company has been asking for a price increase, but he argues that given the price build-up mechanism that determines the final price at the pump as well as the wholesale price, his government is not paying the company less than what they pay for the gas, as they allege.

"Out of good faith", he said, the government has offered an increase in the in-transit fee as well and an additional offer of 0.23 cents while awaiting the audited statement from the company.

Lennox Linton, leader of the opposition United Workers Party (UWP) who is in support of the petrol dealers called on the government to reduce the tax burden as well as an equitable distribution of the profits.