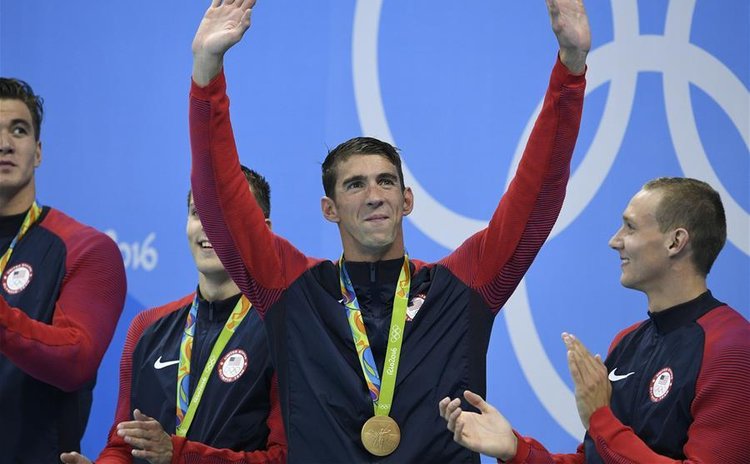 Michael Phelps (2nd, R) from the United States of America waves to the audience during the awarding ceremony for the men's 4x100m freestyle relay at the 2016 Rio Olympic Games in Rio de Janeiro

Held was the only member of the USA team that also competed in the heats and semifinals.

Phelps, who is the most successful Olympian in history, swam the second leg in 47.12sec. His reaction time of 0.08sec was the quickest of the race.

Phelps' only individual events in Rio will be the 100m and 200m butterfly, and the 200m individual medley.

The 31-year-old is aiming to become only the third athlete to win gold in the same event at four consecutive Olympics, joining Al Oerter (discuss) and Carl Lewis (long jump). He could perform the feat in both the 100m butterfly and 200m individual medley.