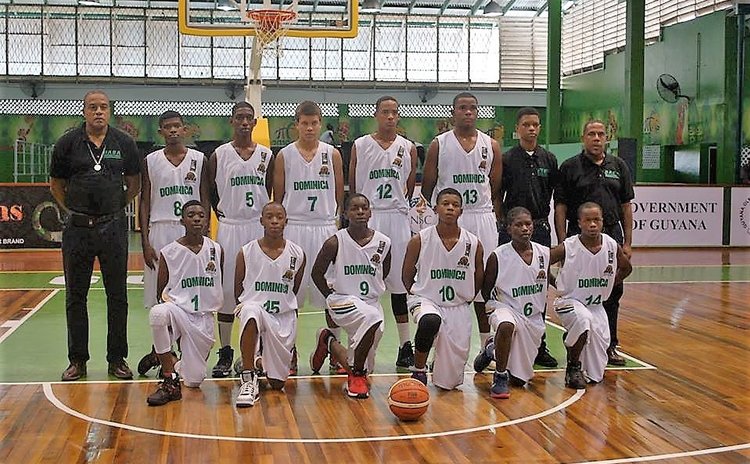 Part II of Pichelin's Basketball Culture presented on Falcons Division I team in 2012 and 2013; on the Premier Division team in 2014 and 2015; and on part of Falcons Premier's performance in the 2016 national league.

That year Falcons Division I (DI) competed against 14 teams in their Division, surrendering in their first five encounters. Their first loss was to their southern neighbours Thundererz, by a "respectable" 6 Pts, in a low scoring affair (40-46).

However, salt was rubbed into their wounds when they were blown-out in 3 of their next 4 games, suffering margins of defeat ranging from 32 Pts to 44 Pts, with their scores being doubled on two occasions. Those blow-out scores were 39-78 vs Raiders; 35-79 vs Sharks and 48-80 vs Ole Skool.

Following their 32 point defeat by Ole Skool, Falcons DI secured a 7 Pts victory over Sharks, 62-55. Their only other win was secured when Inter-Schools failed to show up for their game.

It must be pointed out that although Falcons DI had lost their first 5 games in 2016, they produced a bit of an improvement of sorts in their last seven played games. For their last six losses the margins of their defeats ranged from 16 Pts to 4 Pts (twice), to only 1 Pt (vs Hornets).

In the 13 Regular League games which they actually played, Falcons DI chalked up aggregate-scores of 762 Pts, conceded a total of 898 Pts, and ended the League with a 0.808 goal-average (Goal-average is obtained by dividing the total points scored by total points conceded).

Falcons DI's highest Regular League score was 71. Six of their other scores ranged from 61-69. Another score was at 53. Three other results were between 40 and 48, while their two lowest scores were 39 and 35 Pts.

It's a Family Affair: In 1971, many years before most of the current crop of Pichelin basketball players were born, the American pop band Sly & The Family Stone produced their hit song, "Family Affair". However, little did Sly or his Family Stone know that in four decades time, in the southern village of Pichelin on the beautiful Caribbean island of Dominica, the village's basketballers would have been be mirroring the title of Sly's tune.

Basketball teams on Dominica have sported brothers (including twins), cousins, and fathers-and-sons, and Pichelin's teams are no exception.

Yannick summed up the situation among Pichelin's basketball fraternity nicely when he noted that "Basketball is a real family affair when it comes to Pichelin. Basically, the whole team is related!" And this situation was brought into sharp focus between 2013 and 2018, when Falcons basketball teams presented an interesting blend of siblings, relatives and parts of two families.

Firstly, there is a father-and-son, Edmund & Edmund Williams Jr., who initially played together on Falcons Premier for one year (2015). Subsequently, Daddy stepped down to Falcons Division I to strengthen the latter's line up.

The mix gets even better kneaded, as it turns out that the Régises, Thomases and Jayvee Bellot are all first cousins!

However, it must be noted that the Falcons Premier Division team which competed in the incomplete 2017 national league – no thanks to Hurricane Maria - included the Thomas brothers and their cousin Yannick Régis. They also had invited players Ramal Carbon (from nearby Grand Bay), Jamal "Black Diamond" Lloyd and national player Peter Ricketts.

Still on the "family connections" of Pichelin's basketballers, veteran Levi Baron and his son Kohath played with R & C Auto Falcons in the first-ever DABA-DOC Business League which bounced off in September 2018. Levi plays with Ole Skool in DABA's National League.

The Barons were featured in Jump Ball article, "Levi 'Bumping' Baron... Still Full of Energy", which was published in The Sun in December 2016.

Pichelin Player on 2016 National Under-16 Team: Twenty-eight (28) years after the first 16 Years & Under basketball competitions were staged in Dominica, under the auspices of the national basketball association, Dominica participated, for the first time, in the CBC U16 (Caribbean Basketball Confederation Under-16) Basketball Championships. That competition was staged in Georgetown, Guyana from 3rd to 9th July 2016.

Sherquan Jno. Baptiste, hailing from Pichelin, was a member of Dominica's U-16 team. Unfortunately, our boys performed well below par in that competition.