Calypso merges past present and future in the 2015 competition 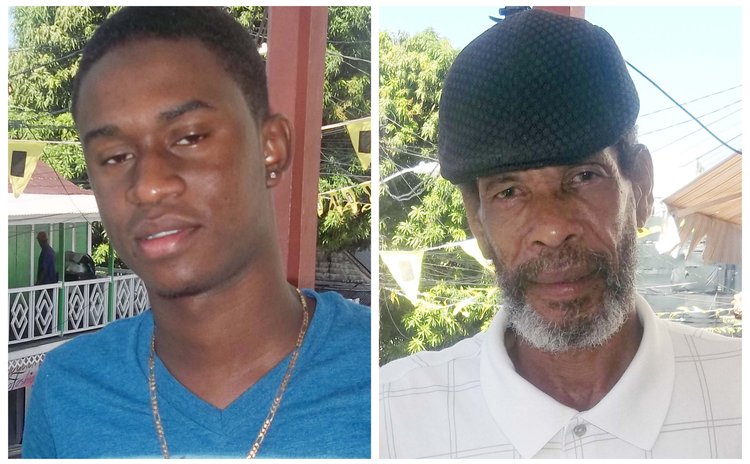 When Julian "Superior Picky" Lockhart was introduced to the calypso stage, Sheldon "De Professor" Alfred was many years from being conceived. Yet the two, the youth and the old man, battled for a place at the grand Calypso Finals last Saturday. Calypso, they say, is like politics; it makes strange bedfellows.

De Professor, the three times Junior Monarch, and Picky, the 47 year calypso veteran calypsonian participated in the Semi-finals stage on January 31, 2015 at the Newtown Savannah. But they entered the calypso arena through different doors.

"Well, I was usually that noisy entertaining student in the classroom and it was something I was ashamed of at the time but right now I think I am quite proud that I was that kind of student because it allowed my peers and my teachers to see a potential in me and give me that motivation to go on the stage," said De Professor. "They figured if I could entertain in class I could entertain on a stage."

So his teachers pushed him into the school's calypso competition in SMP.

"I emerged first runner up from that competition," he said. "So the motivation didn't stop there and they just continued pushing me because I had to go to the National Junior Monarch Competition; that is why I entered in 2007."

Picky, on the other hand, was motivated by the first prime minister of Dominica.

"I started in 1968 not Junior Monarch but the big competition," said Picky. "I opened the show, Patrick John was the master of ceremony, the band was Mind Benders from Pointe Michel and I sang "Newtown Square".

"He (PJ) met me singing in an old transport of Rolle next to the cemetery by the Newtown Savannah," said Picky. "When he heard me sing the song, he was leaving Cornwall Street. He stopped and say 'sing that for me again' and after I did that, he said 'I want you to open the show for us'," said Picky.

Picky became the youngest calypsonian to perform in the Windsor Park.

Both Picky and De Professor love the stage and singing calypso, but De Professor took a break from calypso to focus on his CXC examinations and to gain more stage experience. Picky, on the other hand, has continued singing calypso non-stop for the past 47 years and he has no plans to retire.

"I always had the dream of entering the senior competition but it's a thing where you have to be mentally prepared and musically prepared also," said De Professor.

Picky said: "I always loved calypso. I always used to be singing calypso and I was a soul man too. I had like soul. I have already gotten two first prize in Mix School.

He added: "I have no idea to resign calypso because carnival come and I don't sing calypso I will be sick because calypso is every day for me. I sing on the road-side every day. If I passing, somebody will say 'Picky sing a calypso for me'. I know when I sing is a practice for me, I will see the reaction to the song, so I will know if the song is a very good song, that's how I does test my songs on the road."

Although these two calypsonians possess two completely different styles, they revealed that Hunter and Dice are the calypsonians in the 2015 competition that they admire greatly.

Picky added: "In calypso right now the person I really admire now singing calypso is Karessah. I like Hunter, Dice; Dice is a very good strong calypsonian. He can compete, he is very versatile and now you have Chris B who is one of the calypsonians that I love to see sing."

Julian 'Pickey' Lockhart has been in the calypso finals 17 times and has won the Independence King crown five times and the King Extravaganza crown once.