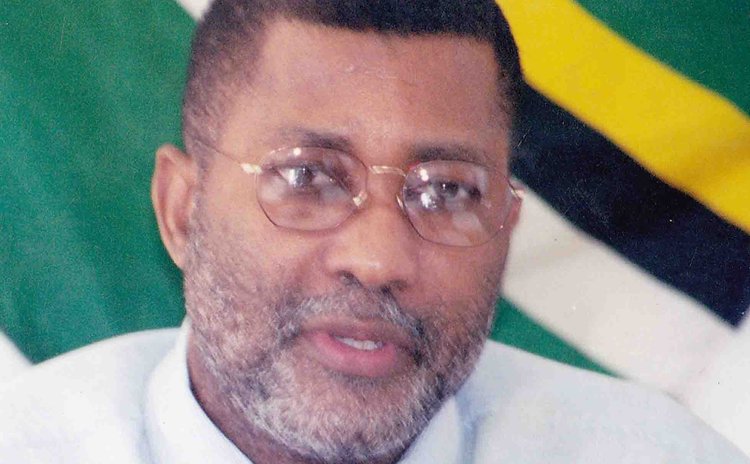 ROSEAU, Dominica. January 12, 2004(Sun)- Pierre Charles, community worker, teacher, farmer, Prime Minister was born at Grandbay in Southern Dominica on 30 June 1954. He attended the Grand Bay Boys School from 1956 and then moved on to the Dominica Grammar School from 1967 to 1970, before ending his high school education at the St. Mary's Academy from 1970 to 1972.

He went into teaching at Grand Bay and attended the Dominica Teacher's Training College from 1978 to 1979.

From these early days he was popularly known as "Pierro". During the 1970s he was in the forefront of community awareness projects and political activism, particularly in the Grand Bay area, assisting with the organization of the group, L'Echelle, which was one of several politically vibrant youth groups existing in Dominica at the time. Its leaders were inspired by the spirit of the left wing Caribbean political ideology of that period and had an informal network of fellow activists extending to Grenada, St. Vincent and St. Lucia. Their sympathies lay with the international non-aligned movement, made up mainly of so-called Third World countries that positioned themselves along the dividing line of Cold War politics of that era.

L'Eschelle took part in Rosie Douglas' "Independence Committees" in the run up to Dominica's independence in 1978. When the political crisis of May-June 1979 broke, Pierre Charles, representing the Youth Council, became one of the members of the Committee for National Salvation (CNS) that brokered a solution to the constitutional impasse. When Hurricane David struck in August 1979, Grand Bay was one of the worst hit communities and Charles was a leader in reconstruction efforts there.

Meanwhile, in the new reorganized parliament that was set up in June 1979, Charles was appointed a Senator, serving until the General Election of July 1980.

In this political position Charles had to give up his teaching job in the public service and along with Athie Martin and others established Farm to Market, an organization aimed at marketing Dominica's agricultural produce abroad, in which he served as operations manager and field manager until it folded in 1988.

During this time he won the Grand Bay seat in the House of Assembly in the general elections of 1985, becoming an opposition parliamentarian for the Dominica Labour Party under the leadership of Michael Douglas. He maintained this position in the general elections of 1990, 1995, 2000 when the Dominica Labour Party returned to power (in coalition with the Dominica Freedom Party) after a gap of twenty years. Charles became Minister of Communications and Works in a Cabinet headed by Prime Minister Rosie Douglas.

When Douglas died suddenly on 1st October 2000, Pierre Charles was his obvious successor and was thrust into the position of head of government as economy of the island was slipping idly into crisis, a situation that Dominicans had been warned about as early as 1993 by Dame Eugenia Charles during her last term in office. Prime Pierre Charles' challenge had been to find ways of stemming the slide, dealing the IMF and seeking debt relief. This not made any easier by a series of alarms in relation to his health and the need to seek treatment for his heart condition abroad, a condition that ultimately led to his sudden death on the evening of 6 January 2004.

He leaves his wife Justina, children Faiza, Carmelo, Tshidi and a child from a previous relationship.