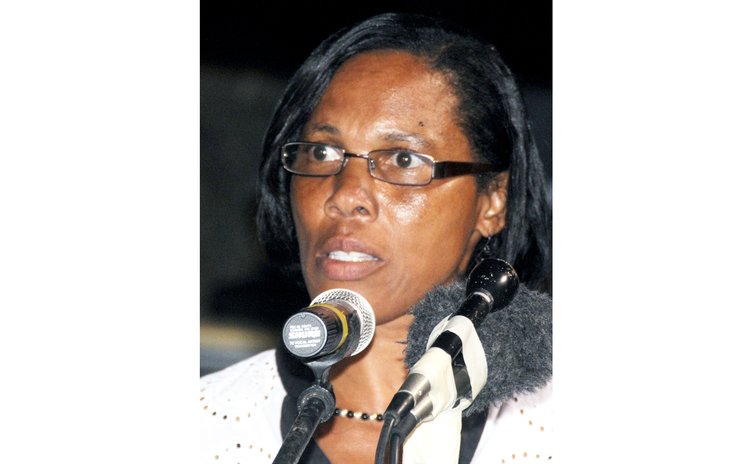 Speaking at the launching, son of the late Prime Minister Pierre Charles and vice president of the foundation, Camilo Charles, stated that the first activity of the foundation will be the granting of the Pierre Charles Scholarship to a student who has passed the Grade Six National Assessment and has no assistance from government.

"This child will be awarded the Pierre Charles Scholarship of $500 in addition to stationary for the five year period; each year a new participant will be selected," he said. "Discipline, respect, the spirit of volunteerism and community development were all traits that were further enhanced by the engagement in civic organizations like the Cadet Corps. In an effort to support our young people and promote a cadre of civic minded young men and women the foundation has decided to provide support to the Grand Bay Cadet Corps.

"The third area of focus will be support of sports development and promotion in Grand Bay. Sports had been in the time of my father and continues to be an avenue which promotes social, physical and economic wellbeing.

Meanwhile, wife of the late Pierre Charles and parliamentary representative for the Grand Bay constituency Justina Charles said: "The foundation is the brain child of Faiza (Pierre Charles' daughter) with a mission to transform the educational, cultural and economic landscape of our youth and society."

Mrs. Charles added that beside the efforts being made by the youth division in Grand Bay, the PCF will serves as another avenue for the youth to recognize their set goals.

She said: "Our late parliamentary representative Pierre Charles became the man he was because of participation in youth organizations such as the Cadet Corps he learnt the art of discipline, developed great leadership skills and learn to appreciate the value of education."

Mrs. Charles mentioned that the government will continue to foster development activities for the youth and hopes that the PCF help the youth to move closer to what they want.

"The government of Dominica continues to foster all activities that will work towards the development of youth on the island however; the PCF can truly help the youth of the Grand Bay constituency to move much closer to the future they truly want," she said.

"I am elated that this function is being launched in honour of my late husband but more so to aid our young people," said Mrs Charles.