Pierro's Sout' City: A community of tradition and hope 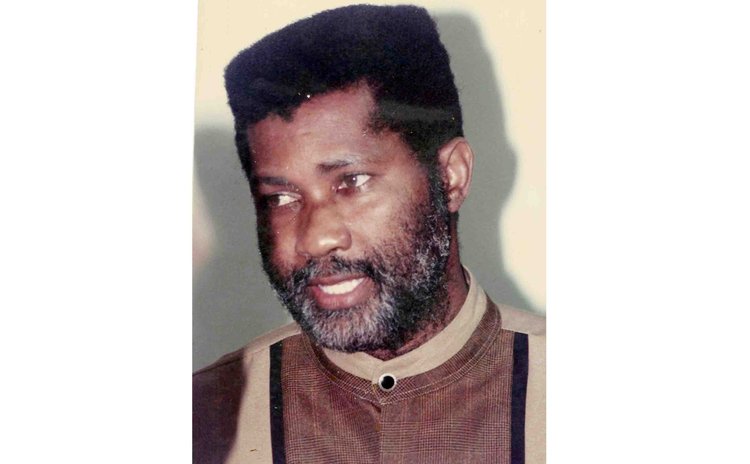 A young Pierre Charles before he became Prime Minister

ROSEAU, Dominica. January 12, 2004.(Sun)- Sout' City, Grandbay. A community basking in traditional history and folk lore. An untapped reservoir of talented, conscious, and resourceful people. A cultural meca built on slave and plantation revolts, for the betterment of country and its people since 1961 through the Geneva Revolution of 1974. A rural village which demonstrated en mass in 1978, in support of National Independence, when the rest of the country was in abeyance and divided in thought. A village which has produced stalwarts in every field. From top musicians, writers, lawyers, doctors, educators, communicators, trade unionists, folk royalties, and politicians. An economically deprived social niche which gave birth and inspiration to Chubby and Midnight Grovers, Felix Henderson's Kweyol, to Jean Rhys' Christophene, E.C. Loblack's trade union, Orian's Tradibelle and now its beloved Pierro: the Honourable Prime Minister of the Commonwealth of Dominica. Sout' City latest gift and contribution to a country in crisis.

Pierro is a product of the plantation, a bud of the ghetto, a hero in the struggle for survival, amidst the banana fields with its stands and mud and of the well-known Block 44, Tete Lalay, where he grew. His constituency is an epitome of livelihood in Dominica. It represents all the pains and joys of Dominica societies. He has inherited a community where the unemployed figure is high. One only has to walk the streets of Grandbay, to see the data sitting on the sidewalks. Still hopeful, amidst the frustration. More hopeful now that Pierro is the Prime Minister of the House.

A largely agrarian society, agriculture in Grandbay has suffered severe pruning of its work force, which continues to migrate overseas in search of a better life. The Prime Minister's task now will be to reverse that flow. One problem too is the scarcity of land to farm. The Geneva Estate which once absorbed a large work force in its heyday, has been subdivided into small parcels. Too small for any serious farming project. The one acre plots beg for rest. Fallow can come sooner, if the Pedu Temps estate lands are made available. But the estate remains isolated by the lack of a bridge over the Stewart River and feeder roads.

Prime Minister Pierro Charles has his hands full. Maybe too full of demands his new party did not create, but inherited after the January 31st election. Now the Kennedy adage rings true: Ask not what your country can do for you, but what you can do for your country. The PM may tell -Grandbayrians and the rest of the country to observe this prudence. Then again one might add, the Kennedy family's asset was worth millions when this address was given. A deprived community like Sout' City awaits government to jumpstart the rural economy, so that its people can continue to do for their country.

At a recent town hall meeting, with this constituents, while still Minister for Communications and Works, the Prime Minister was given a shopping list of demands by villagers, who feel that the time had come to taste the political pie. Jobs, continuing education, computer training, feeder roads, public facilities, street lights, scholarships, etc.

'Oh la Pietro ka tapay tout sah?' a concerned citizen asked. When is Pierro going to get all this, in a bad economy? The task at hand it not easy. Satisfying a Sout' City which has waited in opposition for so long is astronomical. The Prime Minister can only pray for wisdom, as Miss Charles said. We must all sanglay or tie our waist, and do for Sout' City with the little we have: Creativity and raw talent is needed. The latter Grandbayrians have an oversupply of. Including our veteran politician Honourable Pierro.