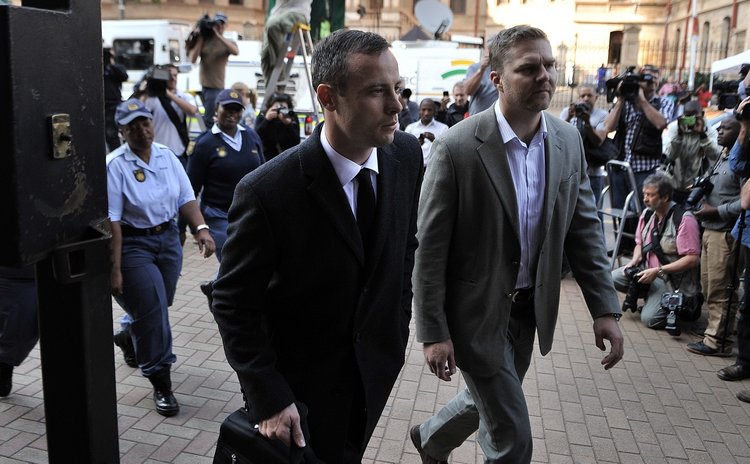 PRETORIA, May 14 (Xinhua) -- The murder trial of South African Paralympian Oscar Pistorius took a new turn on Wednesday when Judge Thokozile Masipa ruled that Pistorius should be sent for mental observation.

Earlier, State Prosecutor Gerrie Nel made a court application to have Pistorius sent for mental observation. The application was made after defence witness Merryll Vorster, a forensic psychiatrist, testified that after examining Pistorius on May 2 and 7, she concluded that he suffered from general anxiety disorder.

"I am satisfied that a case has been made out for the application, or the relief as sought by the State, and I shall grant that order. A proper inquiry ... would ensure that the accused gets a fair trial," Judge Masipa said in the ruling.

Defence lawyer Barry Roux had opposed the application but judge Masipa went further to justify her judgment, saying, "This is not about anyone's convenience but rather about justice being served."

Although Masipa admitted that the mental observation would derail the case, she argued that it is necessary to ensure that the accused get a fair trial.

She said that in the light of the revelations made by the forensic psychiatrist, the state would not be able to determine Pistorius's mental capacity without the guidance of expert psychiatrists.

Masipa said she considered that during the trial there had been allegations that Pistorius was not criminally responsible for the shooting.

She said, "The allegations have been properly substantiated by the evidence of Dr. Vorster."

Meanwhile Pistorius's family told journalists outside the court that they still have faith in the South African judiciary system. "As a family we are confident by the thoroughness and detail of this judgment and Judge Masipa's commitment using every avenue to ensure a fair trial.

Pistorius is charged with killing his girlfriend Reeva Stenkamp on April 14, 2013. He claims that he mistook her for an intruder. But the state argues that he intentionally shot her after Reeva locked herself in the toilet following an argument between the two.

Pistorius is also charged with three contraventions of the Fire Arms Control Act and one of illegal possession of ammunition. He, however, has pleaded not guilty to all the charges.