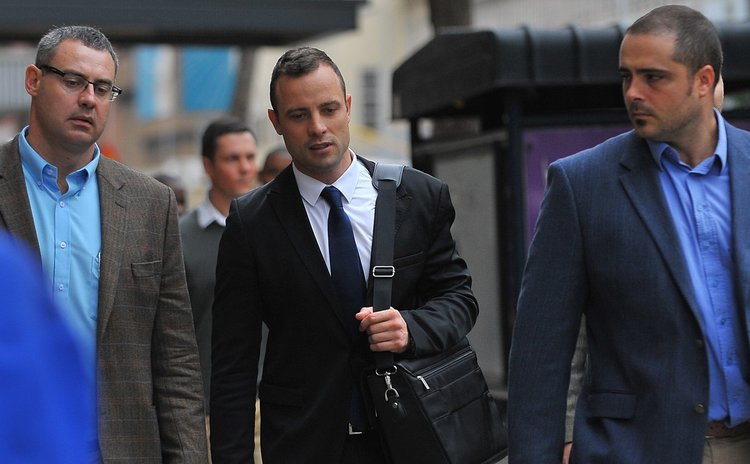 PRETORIA, July 2 (Xinhua/Sun) -- The psychiatric reports of South African murder-accused Paralympian Oscar Pistorius were examined on Wednesday as his trial entered its 36th day at the North Gauteng High Court in Pretoria.

Defence lawyer Barry Roux read the two reports from psychiatrists and a psychologist who observed Pistorius at the Weskoppies Psychiatric Hospital in Pretoria.

However, Judge Thokozile Masipa barred journalists from reporting on Pistorius's psychiatric and psychological report details except the doctors' conclusion on his mental state.

The report produced by three psychiatrists concluded that "at the time of the alleged offences, the accused did not suffer from a mental disorder or a mental defect that affected his ability to distinguish between rightful or wrongful nature of his deeds."

The second one produced by a psychologist also concluded that " Mr. Pistorius did not suffer from a mental illness at the time of the commission of the offence, that would have rendered him criminally not responsible for the offences charged.

The world-renowned double amputee athlete shot and killed his girlfriend Reeva Stenkamp through a locked toilet door on the 14th of February 2013. He claims he mistook her for an intruder at his house but the state argues that he intentionally shot Reeva after she locked herself in the toilet following an argument between the two.

On May 20, 2014 the Pretoria High Court ruled that Pistorius be sent for mental evaluation to determine if he was at the time of committing the offence, criminally responsible and if he was able to appreciate the wrongfulness of his actions.

More detailed findings of Pistorius's 30 day mental observation are also explained in the two reports, but the judge has ordered that no media can report on those details.

Wayne Derman, a Sports and Exercise Medicine Professor at the University of Cape Town, who worked with Pistorius for six years, was also called by the defence to testify on what he observed during the time he worked with the athlete.

Derman described Pistorius as hypervigilant, a word he said means, "restless looking around and scanning of potential threats. "

He described how Pistorius was always anxious and that he suffered from sleep disorder.

Derman also testified on how Pistorius felt about Reeva, saying one day when he called Pistorius to find out how he was feeling after taking part in the 2012 London Olympics, the athlete replied by saying he was, "lying next to the most wonderful girl he had ever met."

Derman also said Pistorius's decision to face danger instead of fleeing was a reflex action saying, "... is something you don't have control over."

Pistorius is also charged with three contraventions of the Fire Arms Control Act and one of illegal possession of ammunition. He however, has pleaded not guilty to all the charges.

The trial is expected to continues.