Please, stop the brutally on our environment with campaigning materials 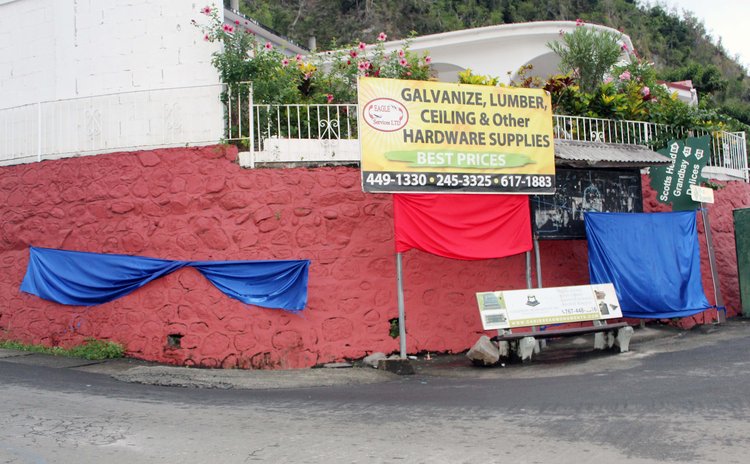 Almost every available outdoors space is likely to be taken up by the brashest electioneering materials during this 2020 general election campaign. Although the Prime Minister has not rung his bell to usher in the beginning of these ugly, divisive times, when predatory rivals will be pasting their own materials on top of other candidates' unsightly things, the roads and by-ways have already become extremely unsightly in this, the Nature Isle of the Caribbean.

In worst-case scenarios even road signs and shop fronts will be covered up and supporters will then use indelible spray-can-messaging, covering walls, traffic signs, windows and streets. We believe candidates and their handlers, from both sides of the electoral divide, should be encouraged to behave environmentally responsible during the campaign.

As we observe World Environment Day (WED) on June 5 we believe that there is no need for all these excessive displays that have popped up at places like New Town, Massacre, Mahaut and all over the island. These are eye sores that puncture the island's image as the Nature Island of the World. These signs are also extremely dangerous because in many instances they reduce visibility and distract the attention of motorists who drive on these already dangerous roads.

And do these flags, banners and pieces of coloured cloth tied everywhere, a relic of campaigning of the Seventies, have any impact and relevance in the modern world of Facebook and Twitter? If you argue that they are still relevant what does this say about the intelligence of our electorate?

In fact France has banned the abusive use of campaign materials and candidates are allocated equal space on a wall in local communities to place their electioneering materials freeing the rest of the environment from this serious form of eye pollution. We should really replicate the French ban on political materials that pollute the environment.

We should let our first time visitors to Dominica continue to gush about the lush greenness of the island and not cringe at the desecration of our wonderful environment by the over use of political campaign materials.

We must not forget that Dominica's environment is unique. As we said in an earlier editorial, in a travel book written in the 1940s, Alec Waugh, older brother of Evelyn Waugh, the famous author, described Dominica's lushness thus: "I had not believed that there could be so many shades of green, that a single colour could contain so many varieties of tone and texture." Eight decades after Waugh wrote these words the variety of tone and texture of our fauna is still evident, even after Hurricane Maria.

But it is still surprising that few Dominicans are as passionate about their island's environment as foreigners. Some say it's more of a curse than a blessing. That is probably one of the reasons why we ignore World Environment Day (WED) that is commemorated all over the world on 5th June.

But that is rather contradictory because our Coat of Arms proudly declares: "Apres Bondie C'est La Ter', (After God the Earth) to remind us of the importance of the soil and the environment to the future prosperity of Dominica.

In fact many environmentalists are puzzled by the Government of Dominica's as well as civil society's nonchalant attitude towards World Environment Day (observed the world over on 5 June), World Rivers Day (observed on 25 September) and World Water Day (22 March).

In past editorials we have suggested that the Ministry of Tourism should make WED, for example, one of its most important calendar events simply because more that ninety percent of our tourisms sites depend on the state of our rivers and our fauna. Undoubtedly, the Ministry of Tourism must have noticed that many of these water sources, that is our tourism product, are dead or near death. Many environmentalists have predicted that unless the trend is reversed urgently Dominica will have few water-based tourism sites in a couple of decades.

In fact, the Ministry of Tourism should actively discourage the political candidates from desiccating the environment with these ugly electioneering materials.

But of all the notable days that we mentioned earlier, WED has special significance for Dominica. Even if one argues that WED is a global "feel good gimmick" that we do not need to be part of, billions around the world believe the event can be an opportunity to ensure that the next generation do not repeat the same mistakes as their parents. WED, therefore, provides a moment of reflection to acknowledge our collective missteps.

The theme for WED 2018, "Beat Air Pollution", may not be directly relevant to Dominica at this time but we can use that theme to boast of Dominica's fresh air that is relatively free from pollution and to teach our people about the dangers of household, industry, transport, agriculture, waste and other forms of air pollution.

World Environment Day is a United Nations Environment-led global event; it is the single largest celebration of our environment each year and is celebrated by thousands of communities worldwide.

WED is a day of everyone around the world to take ownership of their environment and to actively engage in the protection of our earth.

With the beginning of the 2019 hurricane season that we observed just a few days ago and bearing in mind the threat of another Maria-type event, we believe Dominicans would be well advised to consider taking the message of WED much more seriously.

Let us learn to respect our environment by reducing the use of these eye-sore, these ubiquitous electioneering materials. Remember we have told the world that we want to be the first climate resilient nation on the earth. We cannot become climate resilient by continuing to desiccate the environment.