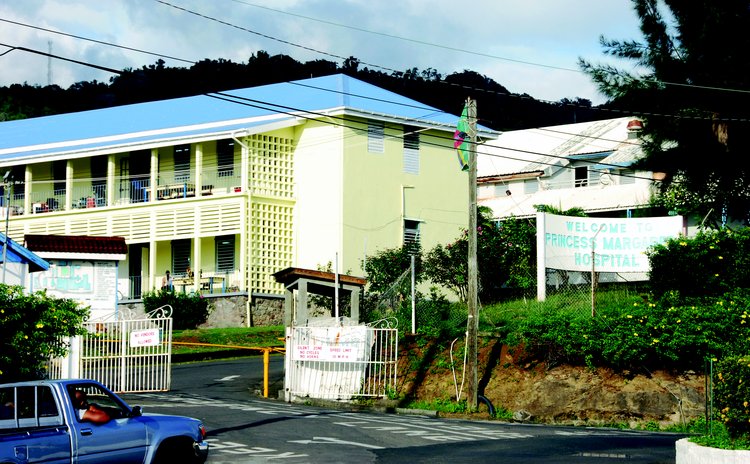 Calling the case "very important to our jurisprudence", Judge Errol Thomas has ruled that the health service at the Princess Margaret Hospital (PMH) was negligent in the death of a 33 year-old woman.

Two years ago, through her lawyers Kathy Buffong and Wynante Adrien Roberts, Enis St. Rose Johnson sued for "negligence." In the case, St. Rose Johnson stated that on April 10, 2012, Cassandra Muriel St. Rose, the deceased, attended the hospital complaining of pain in her left ankle at which time the 1st defendant (Dr. Robertson Thomas) was on duty at the Accident & Emergency Department of the PMH. He examined the deceased's ankle and diagnosed a fracture and fitted it with a cast.

One week later, on April 16, 2012, at approximately 2:00pm, the deceased visited attended the Accident & Emergency Department (A&ED) of the PMH and complained of feeling extremely weak and having severe difficulty breathing, shortness of breath and chest pain. She was fitted with an oxygen mask and told to wait.

Cassandra Muriel St. Rose's breathing became progressively worse and her blood sugar became elevated. Approximately five hours after lying in the A&ED of the hospital, the 1st Defendant came into the room where Muriel St. Rose was and informed Enis St. Rose Johnson that her daughter would not be going home that night; Muriel St. Rose was admitted to the Glover Ward .She died within one hour after being admitted, the court document stated. She died as a result of pulmonary embolism.

Tameka Hyacinth and Jo-Ann Xavier Cuffy represented Dr. Thomas and the Attorney General. In their submissions they argued that the deceased was at a terminal stage from earlier in the day so that the failure of Dr. Thomas to give a proper diagnosis did not cause the death of the deceased. Dr. Thomas said he did not do a certain test because it was not available at the time. He gave orders for blood to be taken from the patient but the result of the blood test was not available because the test "stayed in the Department for four hours."

In his judgment, Justice Thomas reasoned that "given the law and the evidence accepted by the court, the submissions from both sides, it is the determination of the court that the first defendant contributed materially to the death of the deceased by failing to do what a reasonable doctor with his skills would have done in light of the information provided by Nurse Yahmega John concerning the deceased as a basis for diagnosis and treatment rather than diagnosing diabetic ketoacidosis of which there was no evidence.