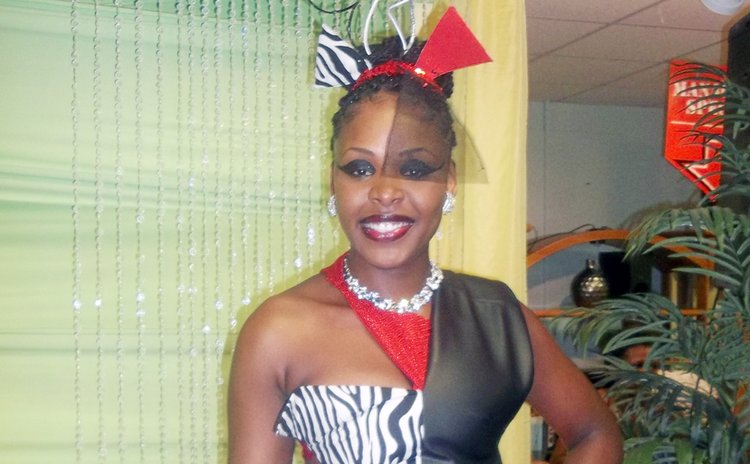 Jewele Browne of Pointe Michele is the first winner of Courts Fashionista Competition as part of a promotion, "Create a Room That's All About You with Fashionable Furniture From Courts".

According to Jael Joseph, Master of Ceremony at the Courts Fashionishta Competition, Courts Dominica Limited is dedicated "in showcasing the latest styles and trends in furniture at an affordable price".

She added that a way of adding a bit of flare to the promotion talented Dominicans were called upon to created designs based on a piece of furniture that was featured in the "Create a Room" brochure.

"It was a call to Dominicans to put their designing talents on parade by putting together a fabulous piece of clothing inspired by one of the fashionable furniture," she said.

Out of the numerous entries Courts received only nine finalists were chosen. These finalists were offered $200 to purchase all the materials required to put together their designs.

The finalists had models showcase their designs on the red carpet laid out where the competitors were judged on creativity, craftsmanship, resourcefulness, similarity between the sketch submitted and the final design, presentation, originality and the crowd response.

The winner walked away with $1000 cash. Amanda Dejean of Elmshall placed second (winning $300) and Donna Julien of Goodwill came in third and won $200.