Police Commissioner Carbon: May 29, 1979 will not happen again 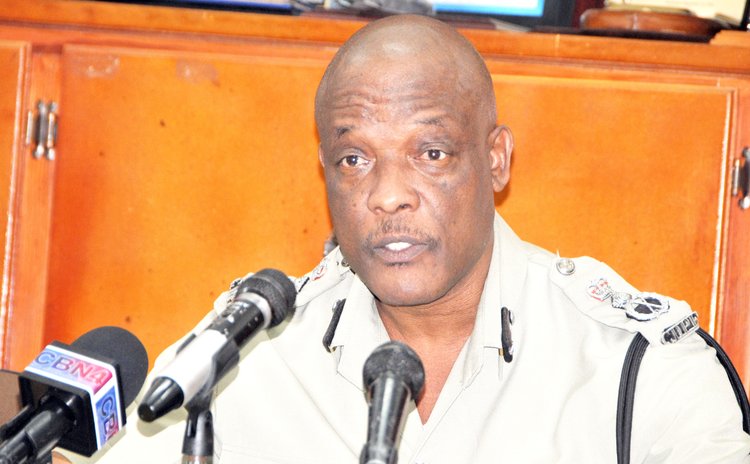 Agitators, on Q95 FM, you are warned.

Police Commissioner Daniel Carbon says he will not hesitate to enforce the law against people who incite violence.

At a press conference at Police Headquarters on June 14 Carbon said he was "very much concerned with the statements aired on radio talk shows (read Q95) where callers are making statements to incite members of the public to commit acts of lawlessness and violence."

Carbon's statement follows statements by angry callers particularly from Marigot where Government had just closed the hospital there because of unhealthy conditions.

Though Carbon did not specifically name the pro-opposition United Workers Party (UWP) Q95 FM, it was rather obvious he was referring to that station and particularly to Matt Peltier's "Hot Seat" talk show.

Carbon noted that Dominica is a country known for its peacefulness and tranquillity and that there is a procedure in the law for people to protest peacefully.

"Section one of the Constitution of the Commonwealth of Dominica states whereas every person in Dominica is entitled to the fundamental rights and freedoms, that is to say, the right whatever his race, place of origins, political opinions, colour, creed or sex, but subject to respect for the rights and freedoms of others and for the public interest."

He added that the Public Order Act Chapter 15:1 of the Laws of Dominica 1990 provide for preservation of the public order.

"The police force will not allow the Commonwealth of Dominica to experience the errors of 1979 and the early 1980's," Carbon said.

For those of us who need reminding , the "errors" that Commissioner Carbon spoke about included widespread revolt and mayhem on May 29, 1979 when practically all groups in Dominica joined forces to protest the enactment of laws to curb freedom of the press and trade union activity. During the riots Police shot one man and several other persons were injured. The disturbances led to the overthrow of the Patrick John Dominica Labour Party government.

Historian Dr William "Para" Riviere explores the riots of 29 May 1979 in a four-part series in the SUN.

In his statement Carbon said the police is likely to take pre-emptive action- the police force, he said, is mandated to investigate whenever these acts of violence may occur in order to bring the perpetrators to justice.

"Therefore, I am warning that members of the public resolve their grievances in a peaceful, lawful and quiet way," said Carbon.