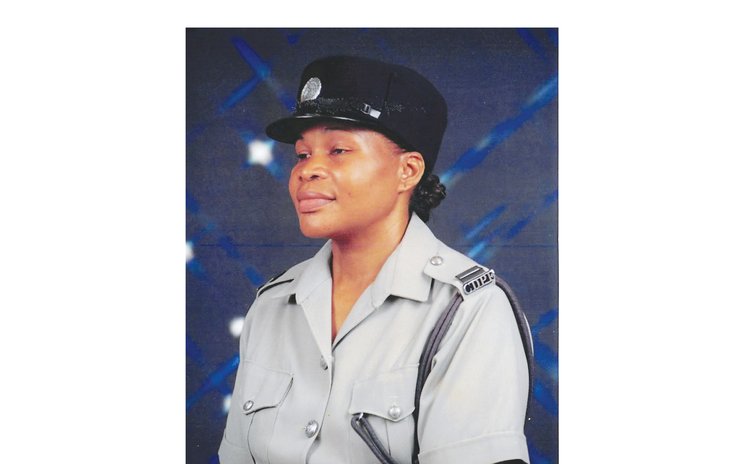 Six decades after the first women were enlisted in the Commonwealth of Dominica Police Force "institutional sexism" remains an area of concern that needs to be addressed, according to Dr. David Michael, the Dominica-born retired Scotland Yard officer.

"The first thing I would like to address is institutional sexism," Michael told The Sun in a recent email interview addressing the way forward for the police force as Lincoln Corbette takes over as acting chief, replacing Daniel Carbon, who went on lengthy pre-retirement leave at the start of this month after eight years in the top post.

"Too many gazetted officers, including those in the senior leadership team in their daily discourse and openly in the press and media talk only about 'briefing their men'. This renders women officers invisible - even senior gazetted women officers. This is anachronistic, outmoded and has no place in a modern Dominica Police Force," Michael stressed.

The previously all-male force recruited its first women officers in 1961, when Myrtle Williams, C. Severin and Mary Lou Joseph enlisted on 6 March that year, followed by three more by September 1961, according to research by retired officer Yvonne Alexander. Alexander, who joined the force in 1975, said back then there were limits to what female officers could do.

"Women did not make it beyond corporal and sergeant at most, in terms of elevation of the ranks," Alexander told The Sun.

In addition, she said, there were areas of the male-dominated force where women were not permitted to work, limiting them to duties such as answering the phone, receiving reports and directing traffic. By the time she joined the Regional Security Service based in Barbados in 2013 – she officially retired from the police service in 2016 – there were women officers serving in every police department, she said, but it never was easy.

"I have to admit that . . . there were some elements of sexism up to a point," Alexander said. She recalled, for example, when new police stations were being built in Grand Bay and La Plaine, the original designs came without facilities or quarters for women and the changes were made only after this was pointed out.

The level of sexism is driven by the commissioner of police and his perception of women and the role they in the law enforcement agency, she noted, adding that while some embraced women and their competencies, others would be reluctant to recommend women for certain areas of training or promotion.

The issue of sexism in law enforcement is not unique to Dominica. In a paper published last year, Dr. Kelly Long, a psychologist and special agent with the US Bureau of Alcohol, Tobacco, Firearms and Explosives, said female officers across the US experienced higher levels of stress than their male counterparts because of "gender bias, sexual harassment, and isolation that women commonly experience in the male-dominated field of law enforcement".

She said organisational stress was associated with the policies and practices of the department, including less managerial support for female officers, little to no female mentors, and fewer promotional opportunities.

These issues - with the exception of sexual harassment, which Alexander told The Sun has disappeared because "everybody understood themselves, their positions and how far they could push the envelope" – continue to exist here despite the progress made over the three decades or so.

For example, one person told The Sun of a particular top cop who would make disparaging remarks about pregnant officers.

"I realised as far as he was concerned he felt that women had less to offer because of the fact that they become pregnant, they get married and their domestic affairs may interfere with their efficiency and all of that," the person observed.

It was not until the late 1980s that women cracked the ceiling and promoted beyond the rank of sergeant, when Alexander and Juliette Austrie were appointed as inspectors. Alexander would later rise to superintendent, but while women have acted in the position since her departure, none has been confirmed in the post.

Only about 12 per cent of the force were female by the time Alexander retired – up from about five per cent up to the mid-1980s – and the recruitment policy appears to targets mainly men. There was a period of about a decade when no women were appointed to the police service, according to Alexander.

"We actually had a discussion about the fact that many women were leaving high school and college much more highly qualified and the males, and many of them were not being selected because we only wanted like two women or four women in a group of about 20 or 25 that we were looking to enlist; and the fact that sometimes you took men who are less qualified [or] less than qualified, some of them . . . the character references and so on would be lacking a little but they were enlisted because they were males," she told The Sun.

The retired senior officer said while many police forces globally are addressing the issue of sexism, Dominica is lagging in this respect, "and I suspect some of the most senior remaining women are probably not comfortable raising their voices on the matter".

"[This issue will persist] unless there is a change of perception of the role of women generally . . . because that was the only thing in the case of the commissioners who have reservations about the role of women - it always had to do with 'women become pregnant, women have children then once they have children', they felt that their domestic affairs would interfere with their level of performance."